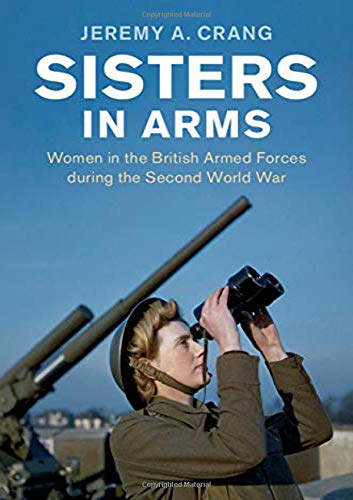 Sisters in Arms: Women in the British Armed Forces during the Second World War During the Second World War some 600,000 women were absorbed into the Women's Auxiliary Air Force, the Auxiliary Territorial Service, and the Women's Royal Naval Service. These women performed important military functions for the British armed forces, both at home and overseas, and the jobs they undertook ranged from cooking, typing and telephony to stripping down torpedoes, overhauling aircraft engines, and operating the fire control instruments in anti-aircraft gun batteries. In his recent book Sisters in Arms (Cambridge University Press, 2020), which draws on a multitude of sources and combines organisational history with the personal experiences of servicewomen, Jeremy Crang traces the wartime history of the WAAF, ATS and WRNS and the integration of women into the armed forces. The author will talk about his book and what life was like for women in the auxiliary services.

Mix London dry gin (2oz), lemon juice (1oz), and sugar syrup (0.5oz). Then top up with soda water and plenty of ice in a chilled highball glass. Garnish with a lemon wheel and a maraschino cherry.

Sisters in Arms with Jeremy Crang