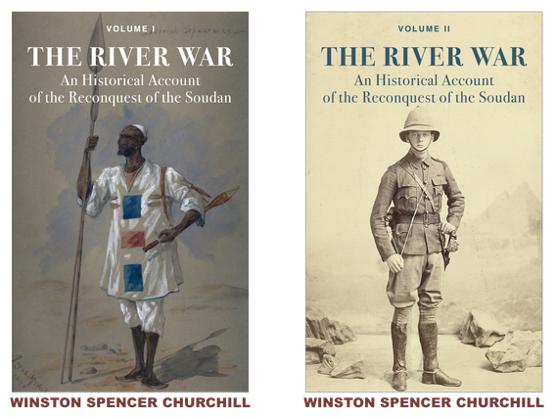 The River War, Winston Churchill's second book, describes the reconquest of the Sudan from the Islamist regime of the Dervishes by an Anglo-Egyptian army commanded by General Herbert Kitchener, 1896-99. Churchill participated in the campaign as an officer and a war correspondent, charging with the cavalry at the climactic battle of Omdurman. His book, published in two volumes in 1899, is the most impressive of five books he wrote before he entered Parliament in 1901 at the age of 26. Abridged into a single volume three years later, it has been out of print in its unabridged version for more than 120 years. After 32 years of work, Professor James W. Muller has edited the definitive edition of the book, published by St. Augustine's Press, which won the 2021 Literary Award from the International Churchill Society. Professor Muller will tell the story of preparing the new edition and speak about the significance of the book for understanding Churchill's thoughts on empire, war, race and religion.

This Program's Signature Cocktail is the Madeira

For the Happy Hour signature drink, I've decided on Madeira, which Churchill learned to enjoy while Queen Victoria was on the throne. It comes from the Portuguese island of Madeira and is so much loved by people in England (together with its cousin port, from the Portuguese mainland) that a vast trade in spirits developed centuries ago, which eventually extended to the New World as well: Thomas Jefferson purchased, drank, and served vast amounts of Madeira at Monticello. This year marks the 650th anniversary of one of the longest alliances in history, between Britain and Portugal, which Churchill prized and mentioned in his life of his great ancestor John Churchill, who became the first Duke of Marlborough, and also in a speech during the Second World War. As a young war correspondent, Churchill first visited Madeira on October 17, 1899, on his way to South Africa; he returned to the island on January 1–12, 1950, with his wife Clementine, for a New Year's painting holiday. Traditional English brands of the fortified wine imported from Madeira are Blandy's, Leacock's, Miles, etc.; those who prefer an American Madeira can find an excellent one produced by V. Sattui Winery in California's Napa Valley.

Churchill at War on the Nile With Dr. James Muller

Victory At Sea: An in-depth exploration of the unique role of U.S-led naval power during World War II