Wednesday, January 27th at 5:00 PM (EST)
Private Showing: Churchill and the Movie Mogul
The Untold Story of How Britain's Wartime Prime Minister and Its Greatest Filmmaker Turned Drama into Victory 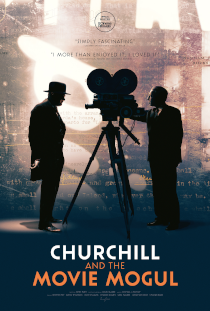 Winston Churchill was enthralled by movies, arguably more so than any other politician in history, but the true extent of his use of them as a political tool has never been fully explored. In 1934, one of Britain's most celebrated producers, Alexander Korda, signed up Churchill as a screenwriter and historical advisor, and a unique collaboration began. Churchill provided script notes for Korda's productions and also penned an epic screenplay. When war broke out, their collaboration became of immeasurable importance. Korda was sent on a mission to Hollywood with the aim of bringing America into the war, with spectacular results. Using previously undiscovered documents, that mission and the friendship which underpinned it is explored for the first time in an acclaimed documentary by writer-director John Fleet. 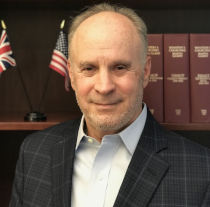 Lee Pollock is a historian and public speaker on the life and times of Winston Churchill. His writing about Churchill has been featured in the Wall Street Journal, the New Criterion and the Daily Beast and he has appeared on CBS, the BBC and other media outlets in the U.S. and Britain. Lee has spoken about Churchill's legacy and leadership at venues ranging from the U.S. Congress, the Pentagon and the U.S. Supreme Court to leading universities, history museums, non-profit institutions and clubs throughout the country.

Lee serves as a Trustee, Advisor to the Board and Member of the Operating Committee of The International Churchill Society, the leading worldwide member organization dedicated to preserving Churchill's historic legacy, and previously served as the Society's Executive Director. He is a recipient of the Society's prestigous Chartwell Award.
A native of Montreal, Canada, he is a graduate of McGill University and holds a master's degree from the University of Chicago.

Lee is the author of a forthcoming book, "Action This Day: Adventures with Winston Churchill." 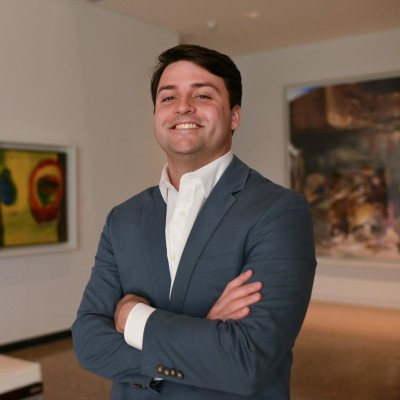 As Winston Churchill famously wasn't fond of cocktails, the accompanying beverage for this Happy Hour presentation is instead one of his personal favorites - Pol Roger champagne. Churchill is reputed to have drunk 42,000 bottles of Pol Roger in his life and he only discovered it aged 34. "Champagne imparts a feeling of exhilaration. The nerves are braced, the imagination is equally stirred, the wits become more nimble."