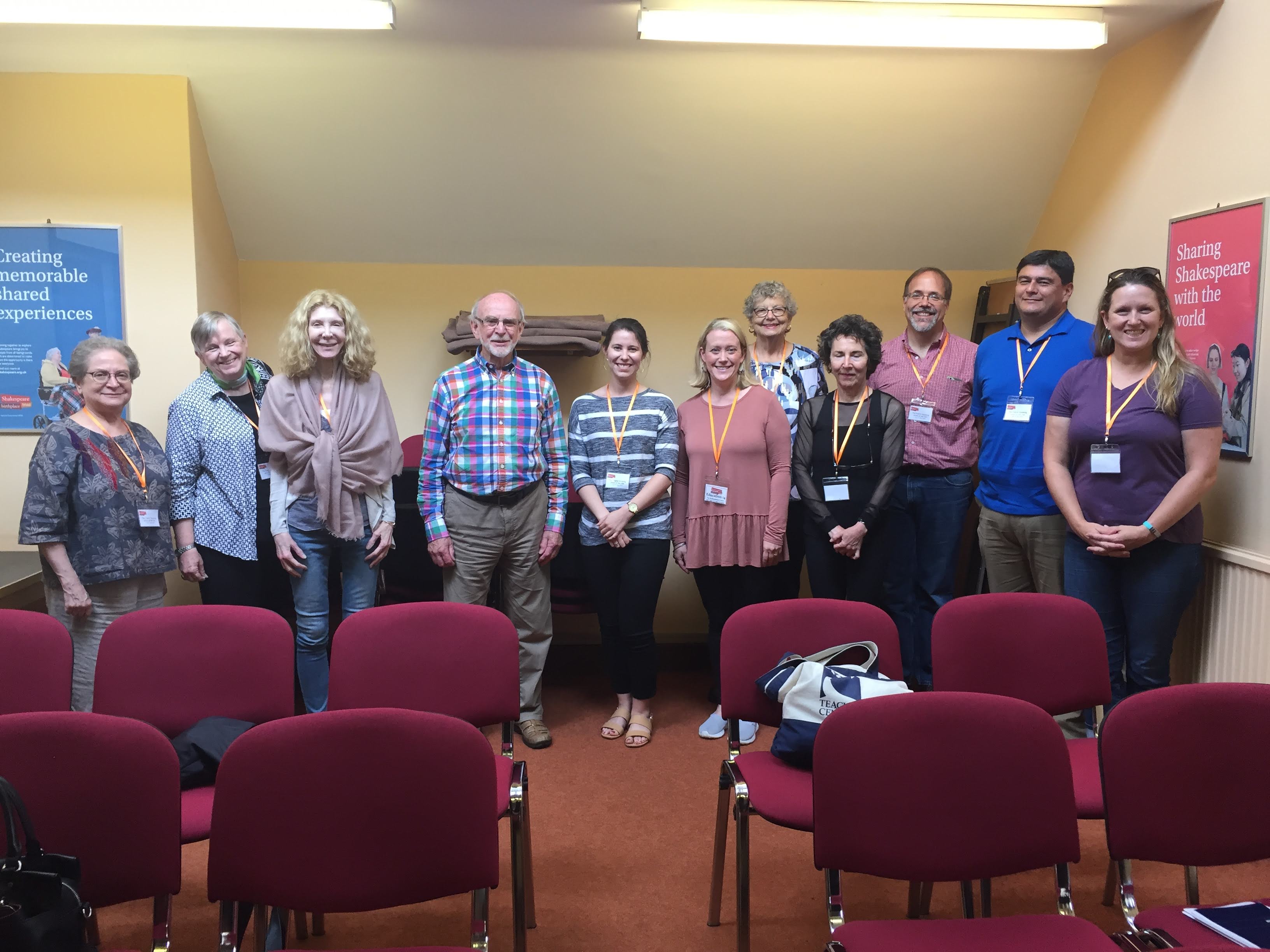 In 1995, I went to Stratford-upon-Avon for the very first time.  It was late July, and I was participating in the Roehampton Institute International Summer School, in association with the Shakespeare Institute and Shakespeare Birthplace Trust.  I was the lucky teacher who won the Treadwell Scholarship that year from the English-Speaking Union (New York Branch), which meant that I had all my expenses paid for my Stratford trip, including tuition, theater trips, meals, and more.  It was a dream come true.  I stayed at a bed-and-breakfast charmingly named "All's Well that End's Well" and attended lectures at the King Edward VI School on Church Street (a.k.a. as "Shakespeare's School").  Professor Stanley Wells (he would receive his knighthood in 2016) gave the opening lecture to our group.  Indeed, I still can remember the hush in the classroom as he spoke about Shakespeare like an old friend and gave us a preview of our agenda.  What was in store sounded amazing—and it proved to be a life-changing experience for me.  When I returned to teaching that fall in my inner-city classroom in Brooklyn, I had much to share with my students.  And as the school year progressed, I could see that they not only were engaged in each Shakespeare play I introduced, they were hungry for more.

Returning to Stratford this past July as a participant in the ESU's TLAB (Travel and Learn Abroad) program was thrilling.   I got to meet a wonderful group of ESU-ers –teachers, journalists, and theater enthusiasts--who shared my passion for Shakespeare.  Each day we would listen to world-class professors and guest speakers lecture on the Man from Stratford and one of his plays, and then see the same play in live performance that evening, courtesy of the Royal Shakespeare Company.  Our intrepid Group Leader from ESU's National Headquarters, Betty Trevino Roth, ensured that all went smoothly on our TLAB trip.  Whether it was distributing tickets to the evening's theater performance, making sure the chartered shuttle buses picked us up at a convenient location, or sharing breakfast with us at the White Swan Hotel, she was on top of it—and such good company too.  Highlights from the trip?  It's impossible to single out the best.  But there was an unforgettable trip to London's Globe Theater on Bankside to see Henry IV Part I and a terrific RSC back-stage tour on our penultimate day in Stratford.  Indeed, all too soon it was time to say "good bye" to new friends--and cross the pond again.

Looking back on my two Stratford trips, I can only say that they are treasured memories.  The first one inspired me to teach Shakespeare to my students at a richer and deeper level; the second served to bookend my teaching career (I retired this past July!) and to acknowledge the author who had afforded me with so many golden moments in my classroom.

Yes, I am already dreaming of returning to Stratford in the future for another full-immersion in the Bard.  For wasn't it Frank McCourt who wrote in Angela's Ashes:  "Shakespeare is like mashed potatoes, you can never get enough of him."