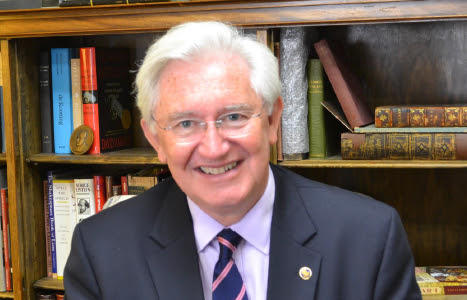 his year, as the ESU of the United States celebrates its 100th Anniversary, the world is dealing with a global pandemic of unparalleled magnitude, cries against racial injustice are echoing throughout our country and across the nations, and at the same time we remember two seminal events that occurred 75 years ago - the day when American, British and Allied forces combined together in Europe to drive the scourge of Nazism from our planet, and the day when nations of good will met together in San Francisco to sign the declaration that marked the establishment of the United Nations.

Far from being remote acts that adorn the pages of history books, both these events of 75 years ago are central and vital to what we are as an organization and both of them have significance as we face a world that has changed rapidly in six months, and shows no sign of reversal. The ties that bind America to the United Kingdom and to Europe, enshrined in the Atlantic Alliance, Nato and countless associations and affiliations that bring us together, are as necessary today as they ever were. Beware those who would decry or undermine bonds forged in blood in defense of liberty, freedom and tolerance. Our links extend far beyond the shores of Europe and, through our international outreach, the ESU is truly global in its desire for peace and fellowship between all people.

This weekend we celebrate the great national holiday of the United States, Independence Day. Justly proud, justly free and justly independent, the American Colonies set a new direction for the world when they eschewed the traditional norms of feudal governance, and broke new ground. As is often said, America is a 'work in progress' and the Black Lives Matter movement is a stark reminder that inequalities and institutionalized brutality still exist in our society. Our willingness as a nation to confront our inner demons and try, however imperfectly, to make things right is an attitude that is enshrined in America's psyche and which we have shared across the world. It was written in the steadfast determination of those brave men and women who fought in Normandy, and it gave life to the UN Declaration.

As the ESU of the US celebrates our first century and as America remembers its 244 years as a nation, let us stand together as an organisation proud of our nation and equally proud of our international ESU family. Together, and across the oceans, we can link arms in fellowship and fearlessly face the brave new world that is upon us!

ESU of the Commonwealth, Chairman's Message 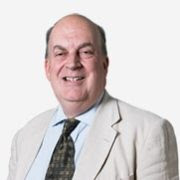 My greatest disappointment in current restrictions is the cancellation of the 4th July large party in my Cambridge college to celebrate the landmark centenary of the ESU of the United States. But if the Stars and Stripes cannot fly over Magdalene College with 200 or more glasses raised in your honor, I can at least send a message of warm greetings and heartfelt congratulation.

That we share a common language and common values is ever more important to our ESU mission in this troubled world where knowing how to communicate with civility and understanding is too often at a premium. It's my greatest wish that the ESUs of the US and of the Commonwealth should work ever more closely, revivifying our collaborations and exchanges of views, programs and people. It was during the First World War that Evelyn Wrench conceived the idea of a new organization to promote friendship and co-operation between our countries, a concord vital to the stability of the post-war international order. As we know, with the help of Walter Hines Page, US Ambassador to Britain, Wrench launched the ESU in London in June 1918, and was closely involved in establishing the sister ESU of the United States, with William H. Taft as its first president, in May 1920.

Half a century later, I came to the US for the first time– by an ESU branch-to-branch exchange between New Brunswick, NJ, and Colchester in the UK. Like hundreds of young people before and after, I benefited from the immense warmth and indelible generosity of the American people and an educational experience which transformed my life and stays with me today. By such exchanges – immersions in different cultures which can never be replicated by on-line meetings – and by the extraordinary range of ESU activities and programs to promote speech, debate and greater cultural understanding, we advance the ardent wish of Wrench that 'international relations should not be left to governments alone'.  Today, our communities are increasingly and rightly multicultural, and yet are often more polarised. There has never been a greater need to understand different perspectives and opinions within and between our countries and across the world. And in the post-Covid world inequalities and misunderstandings are likely to increase. We all need to listen to and evaluate other points of view; we need to disagree without being disagreeable. The ESU teaches these skills. The need to develop confident, civil communicators and critical thinkers in our ever-changing world has never been more important. Together we can proudly further this cause: my glass is raised. Congratulations and here's to another and even more successful hundred years….