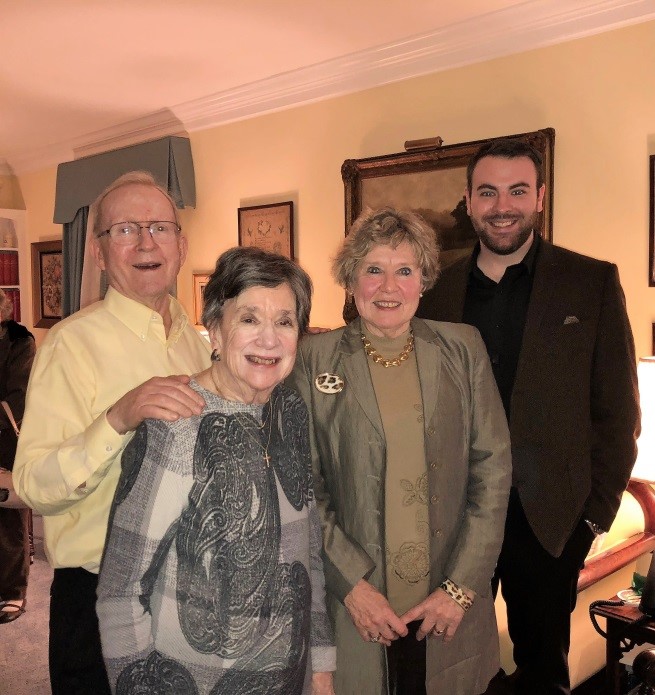 At the end of January, the second English-Speaking Union Wrench TLab speaker, Dr. Darren Freebury-Jones, undertook a weeklong tour to five ESU Branches. Freebury-Jones is an acclaimed lecturer at the Shakespeare Birthplace Trust's Shakespeare Centre in Stratford-upon-Avon and a faculty member of the ESU TLab one-week travel and learn program that will take place in July.  In Philadelphia, Freebury-Jones conducted a workshop for approximately 30 students at the Academy at Palumbo, the high school of last year's local Shakespeare Competition winner.  After, he delivered his "The Life, Works and Legacy of William Shakespeare" talk at the Philadelphia Club for the members of the ESU Philadelphia Branch.  On Friday, January 25, Ralph and Meta Wyndrum hosted Freebury-Jones at their home on behalf of the ESU Monmouth County Branch where he offered an intimate view of The Bard in Stratford-upon-Avon and in London. Darren reviewed Shakespeare's life chronologically in Stratford and in London from his birth (1564) to his death (1616). 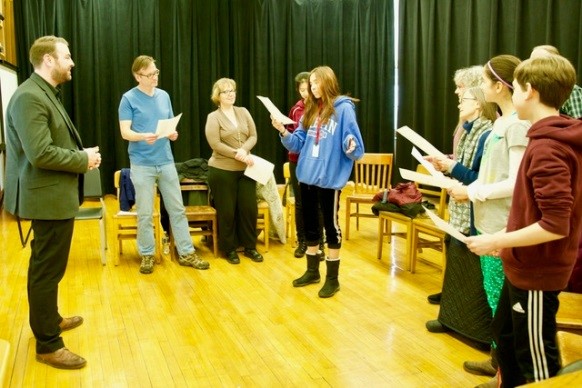 "Bill Kennedy's Sweeney Astray" on WCSB 89.3 FM at Cleveland State University, where he discussed ESU membership benefits and TLab opportunities—in particular the ESU summer program at the Shakespeare Birthplace Trust. Listeners tuned-in online from Russia, Germany and across the US. 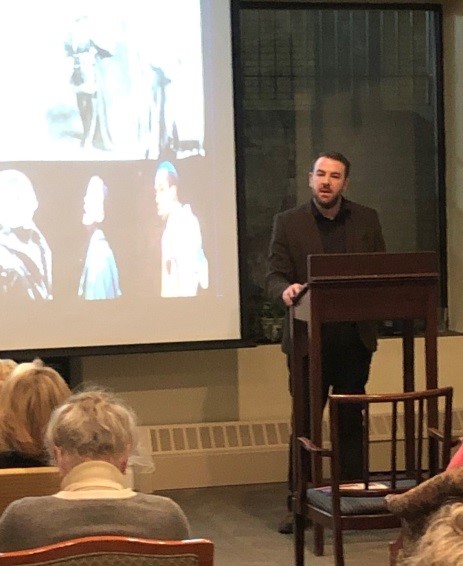 Back in New York City on Monday, January 28, Darren gave a workshop in the late afternoon for a number of teachers who are involved this year with the New York Shakespeare Competition and then delivered his lecture in the evening to members and friends of the ESU New York Branch.  With a snow storm looming for the Albany, NY area, Darren took a chance and rode AMTRAK to meet with members of the ESU Albany Branch on Tuesday.  He made it in time to conduct a Master Class for students and then gave his talk before having to cut short his visit and return to New York and then back to the UK.

We thank Darren for his visit to the United States and his support of the ESU.  Each Branch that hosted him had great things to report about his visit! For information on the ESU TLab program at the Shakespeare Birthplace Trust in July 2019, click here.