Annamaria works as a Blue-badge guide of London, where she conducts private tours to show domestic and international clients both the most iconic landmarks and 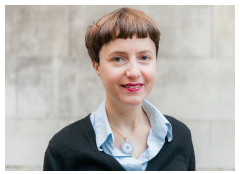 the hidden gems of the British capital. Prior to settling in Britain, she lived in over a dozen countries over four continents, where she had the opportunity to develop her passion for the arts and foreign languages. Besides sharing her knowledge of the history of London with her visitors, Annamaria is currently conducting anthropological research at the doctoral level and is completing her second self-published book.

"In our virtual tour of Shakespeare's London we will discover the places where the Bard lived and worked, including the Blackfriars Playhouse and the Globe Theatre. We will also get a taste of what going to the theatre and living in the British capital was like in his time."