A Message from the Jacksonville FL Branch President

It's hard to believe the ESU is well on its way into a new fiscal year.  As you know, at the beginning of each fiscal year we encourage all members to renew.  Recently, at the end of June, I sent you an appeal asking that you renew your annual membership.

I know that it is easy to put follow-up items aside to deal with later.  This is a friendly reminder that your participation is vital as we pursue our mission of linking people through the English language. This mission is one that continues to be ever more significant in today's global community.  I hope you will continue your support by taking time to renew your membership now. 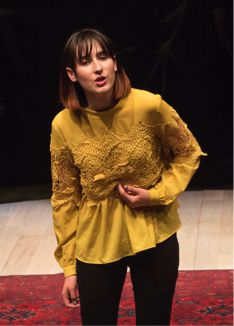 Delaney Brown and Zach Lofton took top honors in the ESU Preliminary Shakespeare Competition, November 3, 2015 held at Middleburg High School.
These two students, along with four others who placed, hae advanced to the finals to be held in Jacksonville February 6, 2016. Cash prizes of $300, $200, and $100 will be awarded to the first three places.
The first place winner in the Jacksonville finals, will receive a 3 day trip to New York City to compete in the ESU National Shakespeare Competition in May 2016. 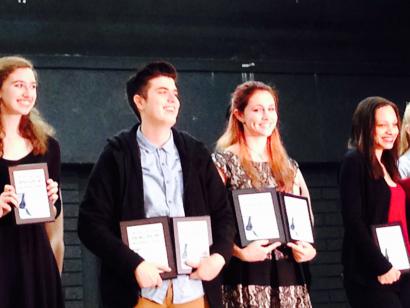 We invite schools serving Grades 9-12  to participate in the 2015 ESU National Shakespeare Competition.

The Competition provides teachers with a free performance-based program for the study of English Language Arts and Shakespeare that satisfies Common Core State Standards. High school students from the local area recite Shakespeare's monologues and sonnets and compete for the chance to win a trip to New York City.