Friends, during this period of uncertainty with the coronavirus health crisis affecting all of us, our members, families, friends and the public are of greatest concern. We are postponing the lecture program with Sir Christopher Hum and will reschedule this important program at a later date. We are sorry for the inconvenience and sudden change. Watch our website and Facebook for updates.

Sir Christopher Hum, former British Ambassador to China, will present an intriguing and timely lecture in Kansas City on Wednesday, May 6, 2020. This special lecture program is in partnership with The English-Speaking Union of Kansas City and the International Relations Council. The ESU and IRC are pleased to welcome Sir Christopher Hum to his first visit to Kansas City.

Christopher Hum has been observing developments in China for over forty years. He lived there for ten years as a diplomat and was British Ambassador to China between 2002 and 2005. In his lecture he recalls the life and times of an Ambassador in Beijing, the people he met and the places he visited; and he discusses the place of a rising China in tomorrow's world.

On his first visit to China, during the tumult of the Cultural Revolution, Christopher Hum watched Chairman Mao receive the adoration on his Red Guards. He lived there in all for ten years, as a diplomat and as British Ambassador between 2002 and 2005 and saw its transformation into the superpower it is today.  In his lecture he gives a first-hand history of China's rise and asks whether this is a threat or an opportunity for the world.

About Ambassador Hum
Christopher Hum joined Her Majesty's Diplomatic Service in 1967 and much of his diplomatic career was connected with China. He studied Chinese at Hong Kong University and went on to spend a total of eight years in postings to the British Embassy in Beijing, culminating in four years as British Ambassador (2002-2005). He also served in the Asian departments of the Foreign and Commonwealth Office, and for several years was closely involved in the negotiations on the return of Hong Kong to China. Other overseas postings included Brussels (European Communities), Paris, the United Nations in New York and Warsaw (as Ambassador, 1996-1998).

Between 2006 and 2012, Christopher Hum was Master of Gonville and Caius College Cambridge, where he remains as a Life Fellow. He is a commentator on China in the media and has just completed a post-graduate degree in East Asian art at the School of Oriental and African Studies, London University.

Registration and Tickets: Registration will open on Wednesday, March 25, 2020. Tickets are $15 (general admission), $10 (IRC and ESU members), and free for students. Cancellations will be accepted no later than 3 business days prior to the event, and people who register but do not attend will be billed.

Please note: Individuals who register the day of the event will be charged an additional $10 for admission, $25 (general admission), $20 (IRC and ESU members), $10 (students). Day-of registrations can be handled at the door.

Parking and Logistics: Parking is available in the underground garage connected to Polsinelli's offices. Take the garage elevator to the ground floor. The security guard will be happy to validate your parking ticket. The Polsinelli conference space is located on the ground floor. 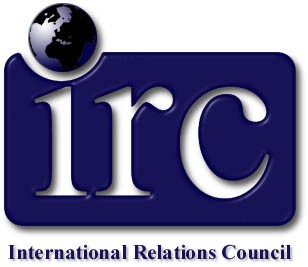