Welcome to the New Orleans Branch of the ESU 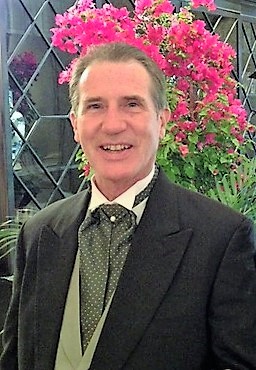 Welcome to the webpage of The English-Speaking Union New Orleans Branch! We've been an active Branch for more than 30 years, and have over 100 current memberships of both singles and couples. We have a full calendar of interesting events during each year.

In early March of this year, the Branch sponsored its annual, high school Shakespeare competition at Tulane and our regional winner, Rohan Padmakumar, went on to compete in New York in the Nationals and finish as a Finalist!

Later in March the Branch hosted a program by Rice University's John Boles, Author of Thomas Jefferson, Architect of American Liberty and not only enjoyed his fascinating presentation but also a delicious meal at the New Orleans Country Club, Founders Room.

In May, Board member and former historian and curator at the Historic New Orleans Collection, John Magill, informed us about the population history and origins of New Orleans over its three centuries while we enjoyed the cuisine of Ralph's On The Park.

The Queen's Birthday Brunch at the New Orleans Country Club took place on June 10.  This yearly favorite event in particular helps support the student and teacher scholarships that are awarded by our Branch and had the delightful theme of Peter Rabbit's Garden Party. As always, the annual hat contest was a fun conclusion to the festivities.

A Patron members' party was held in September at the lovely home of member Shelley Pecot. The 1920s residence has been restored by her to an elegance reminiscent of Hollywood homes of movie stars.

Fall 2018 is particularly active and big for our Branch as we host The English-Speaking Union U.S. Annual General Meeting (AGM) in New Orleans, November 16-19 and sponsor a special Gala Concert on November 17celebrating the centennial year of the English Speaking Union worldwide in the tri-centennial year of the City of New Orleans. The Louisiana Philharmonic Orchestra will play along with concert piano performances by ESUUS National President E. Quinn Peeper and Michael Harold and opera arias by Irini Hymel and Christina Comer. Louisiana recipients of ESUUS programs and scholarships will be recognized along with a special recognition of James J. Coleman, Jr., CBE, of New Orleans who is Honorary Consul to the United Kingdom in Louisiana and an ardent supporter of the ESUUS. National Patrons will be feted at a cocktail reception for them at the beautiful Longue Vue House and Gardens on Sunday November 18, and the AGM attendees staying over through Monday have their choice of a River Road plantations tour or other unique features of New Orleans such as the World War II Museum, steamboat Natchez cruise or walking tours of the historic French Quarter.

Several additional programs are in the planning stages. Stay in touch for the latest news on programs and events through this website: www.esuus.org/neworleans

Many thanks to our members and Friends of ESU for their continued support of the New Orleans Branch of the ESU.

Copyright ©2018 The English-Speaking Union of the United States. All Rights Reserved. Website Design by Techs4Good