The 2019 Annual Shakespeare Competition held at the University of Arizona campus at the School of Theatre, Film & Television’s Marroney Theatre 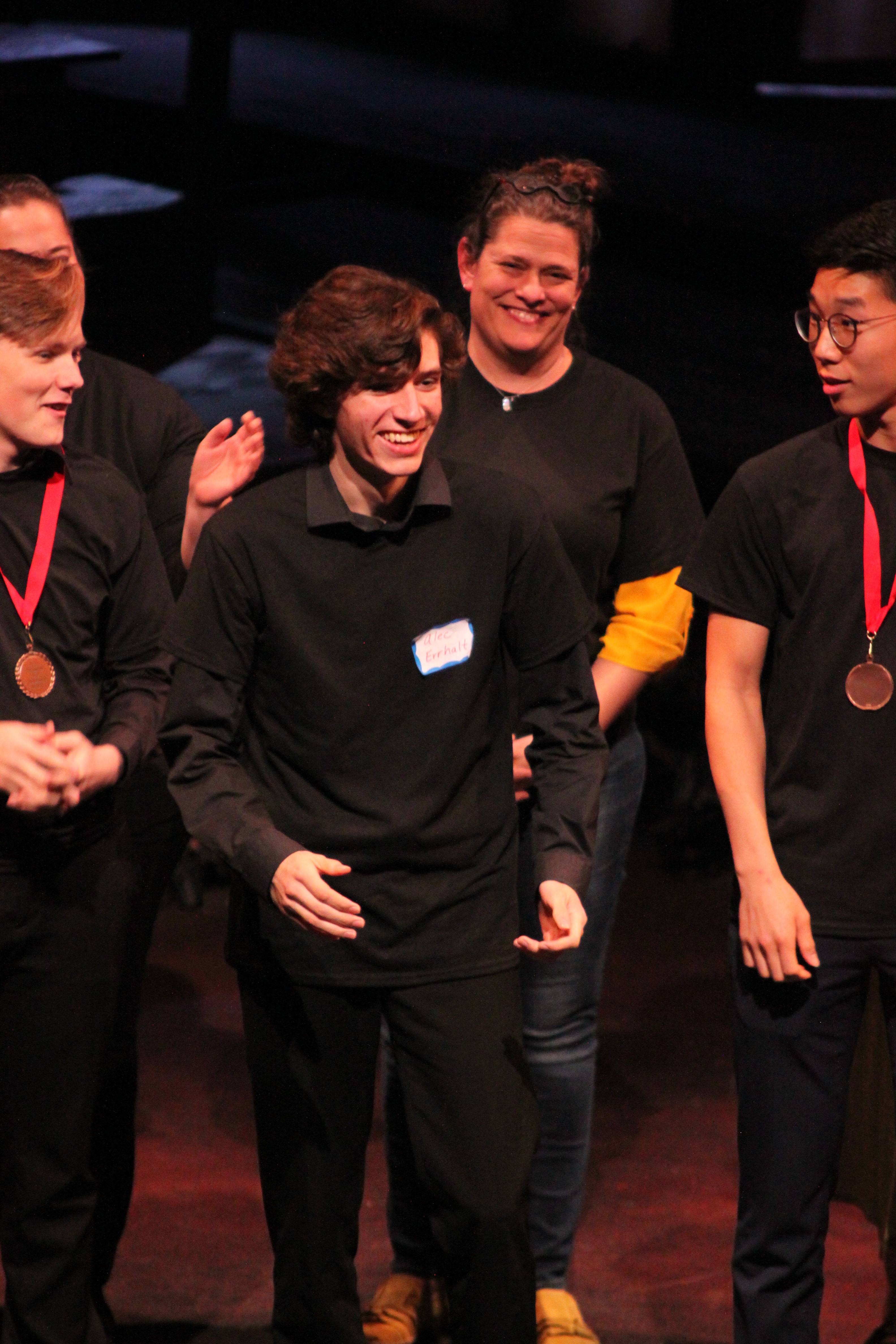 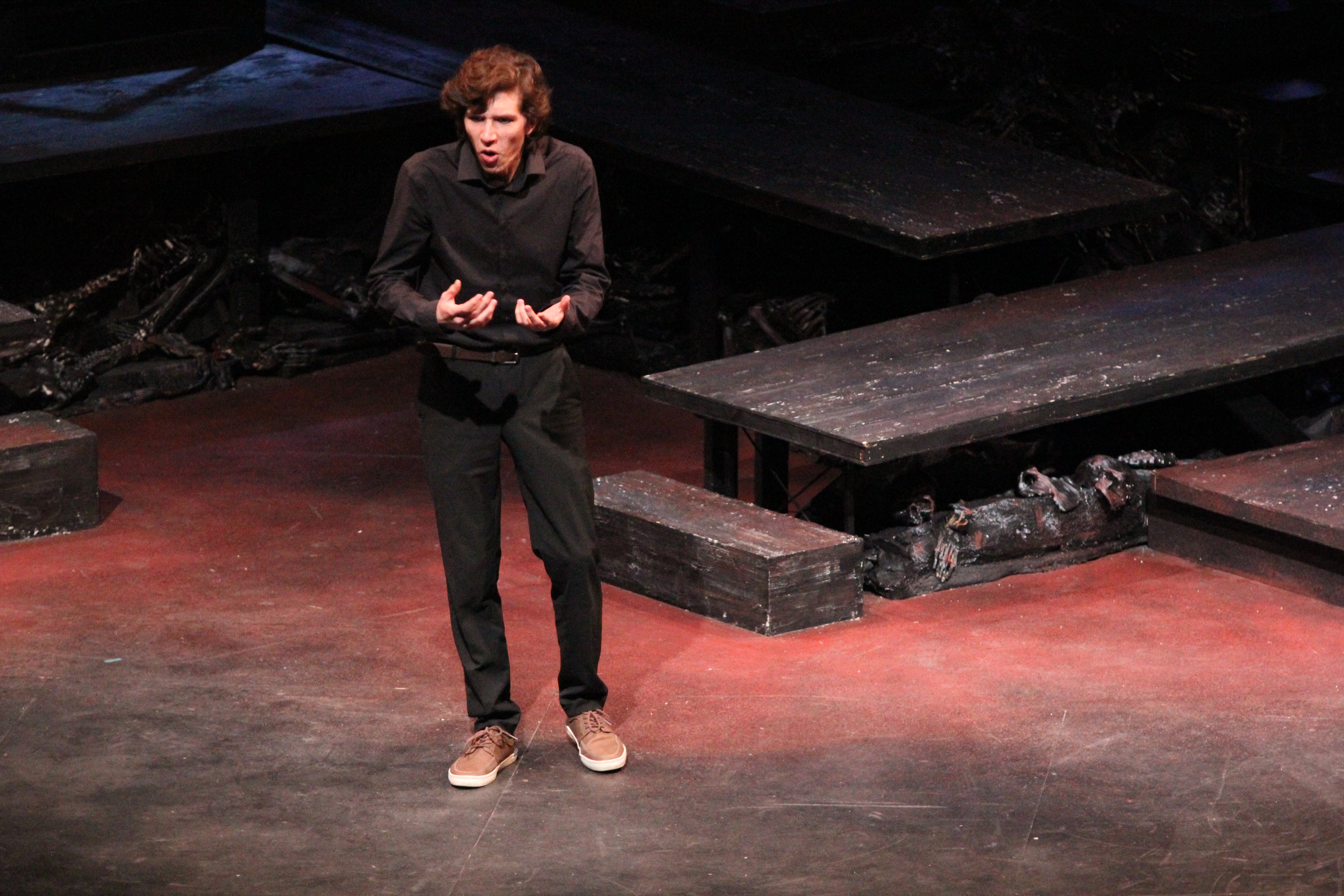 First of all, Alec Errhalt's deep-voiced Shylock filled the theatre; we forgot that before us stood a 17 year old boy who could become one of the most powerful characters in literature. 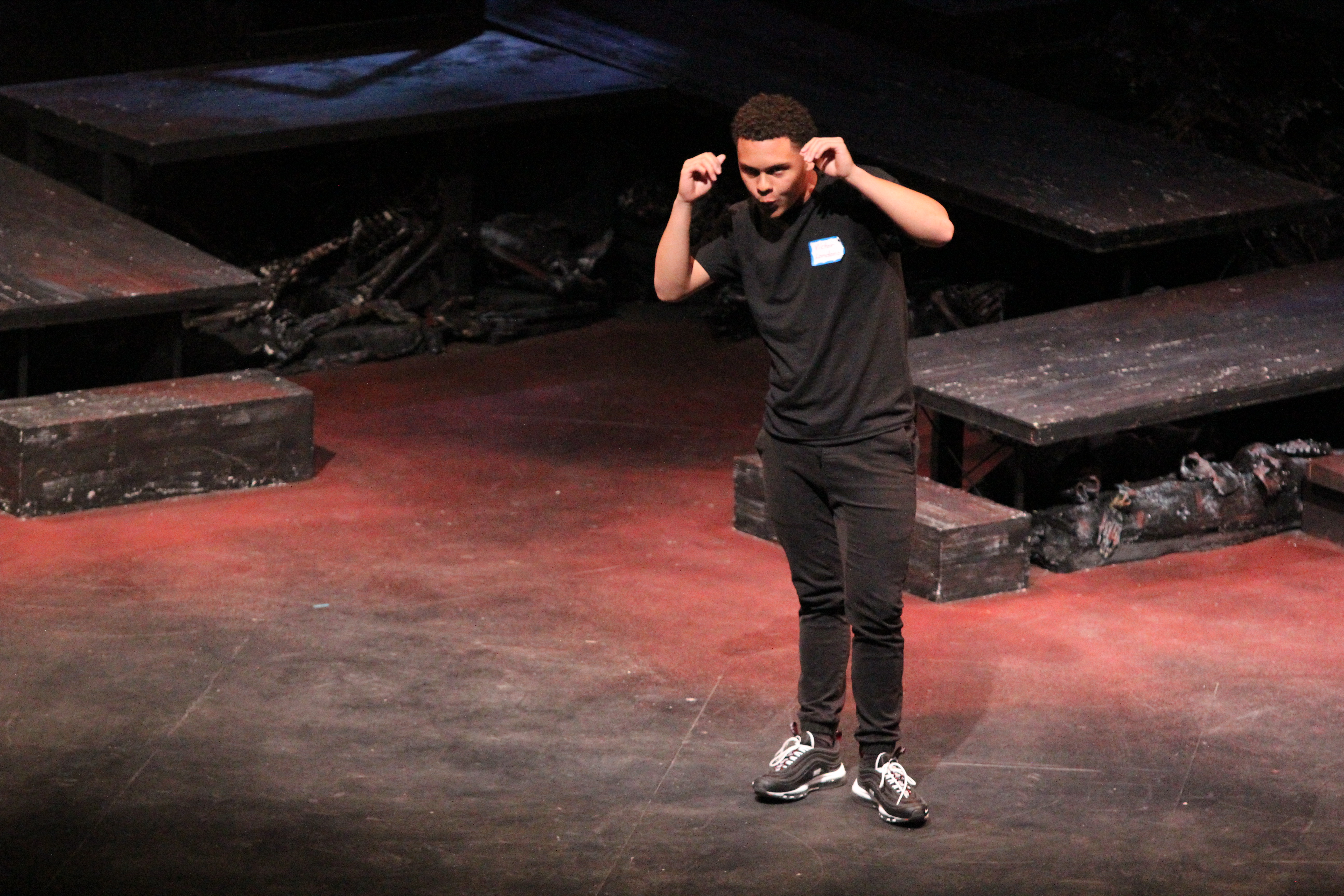 Second, Freshman Victor Londoño from Salpointe Catholic HS owned the stage as a hilarious energy-filled Bottom from Midsummer Night's Dream. He seemed to use the entire stage running about just as we might imagine Bottom would do. When he recalled his night with the Queen of the Fairies he gave a perfect whistle of awe and joy.  He had as much fun during his performance as after in his open surprise and joy that he was the runner-up. 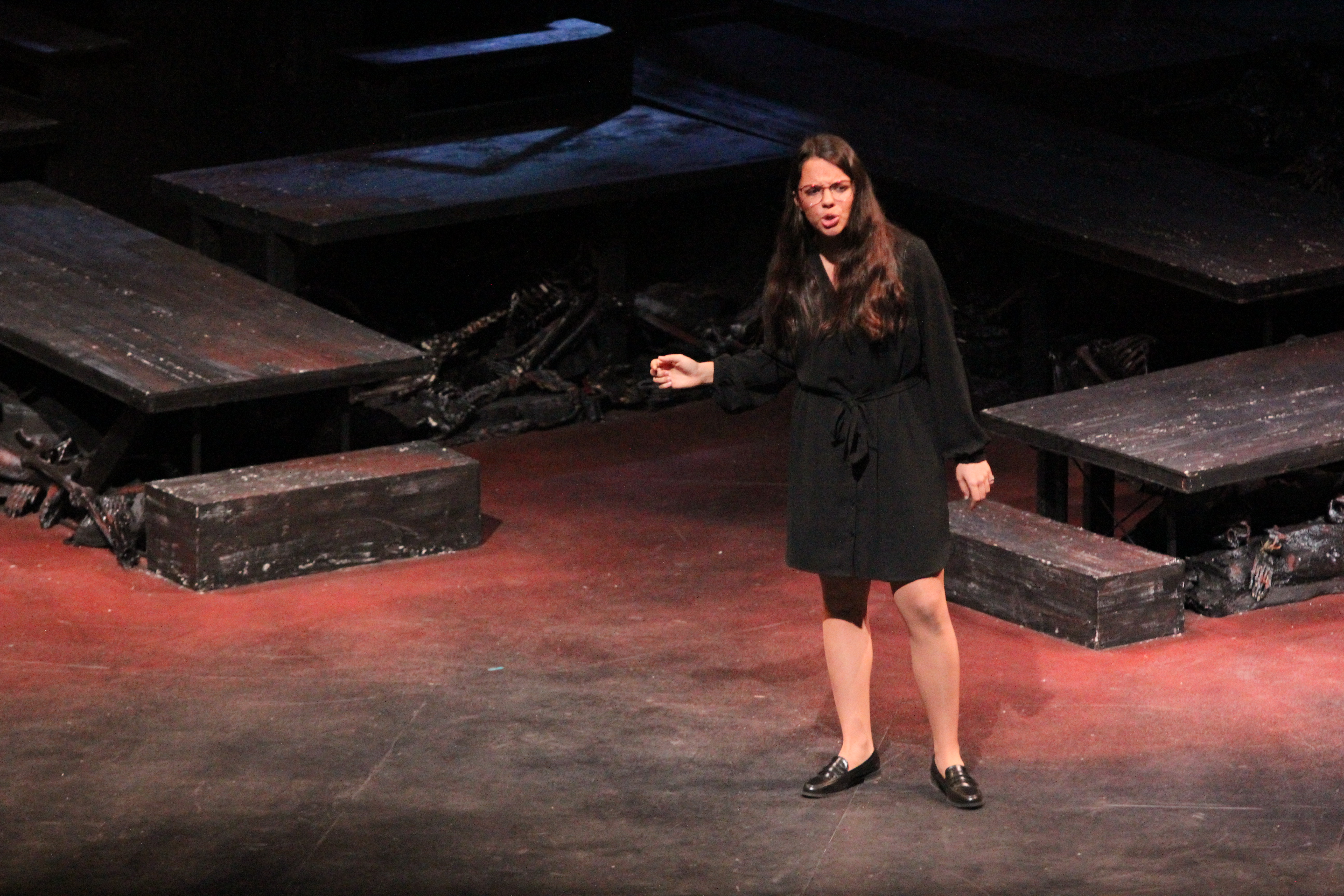 Third,  Leila Rouhani from Marana HS made the bold choice of playing the Bastardly Edmund from King Lear. She clearly demonstrated that a woman can easily become a character that exists outside the normal framework of society and its 'legitimate' understanding of the natural order of the universe. 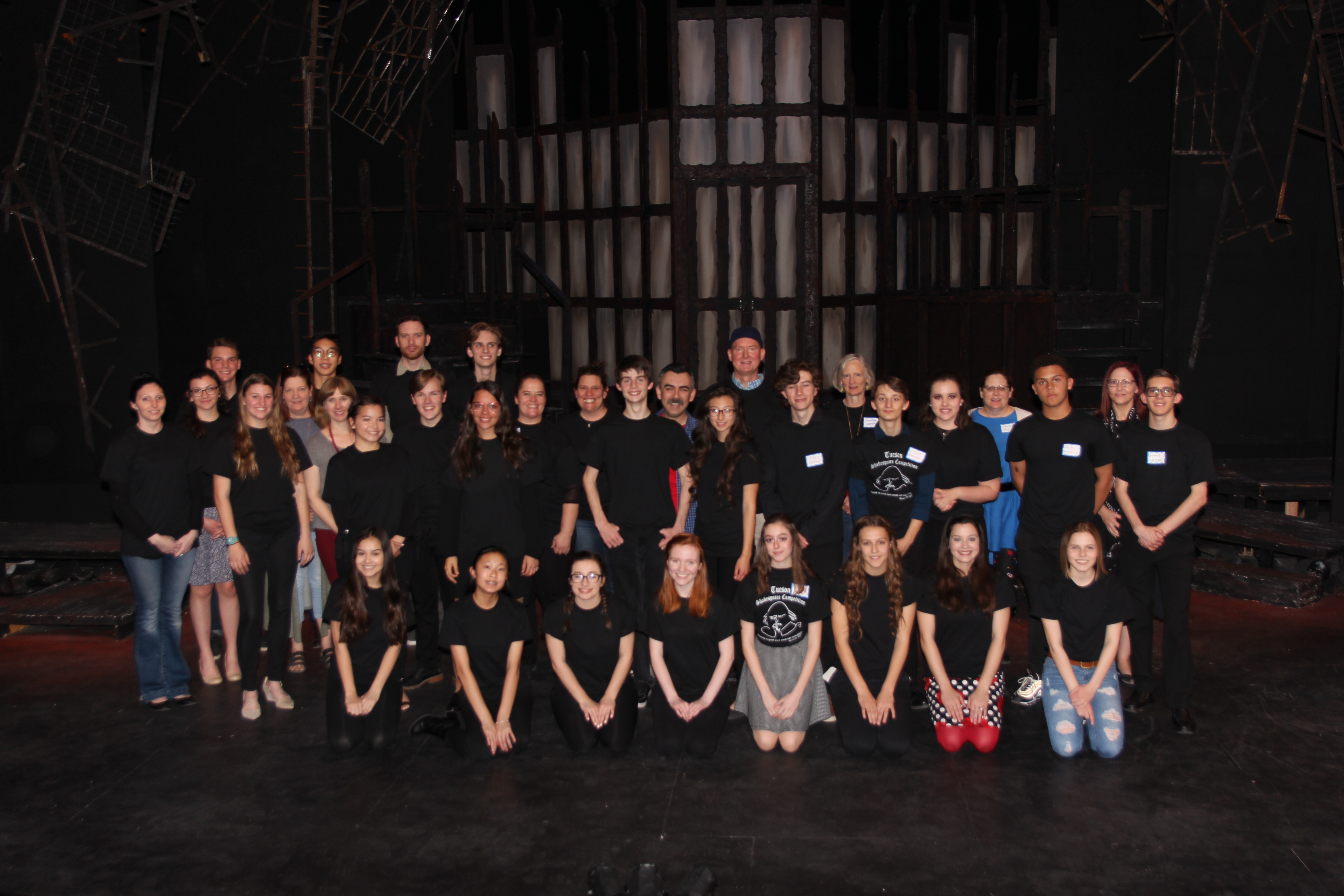 This year every student was extraordinary. It was a true celebration of students and teachers--and a place of high contradictionwhere talented Drama students, taught to do a close reading of Shakespeare, and with the support of their Master Drama Teachers, engaged the audience with amazing performances. But, it was also a place where a young freshman English student--one, who had never read Shakespeare before, never considered acting in a drama, encouraged by his English teacher, did the work, reveled in the language, and awakened as from a dream a winner! 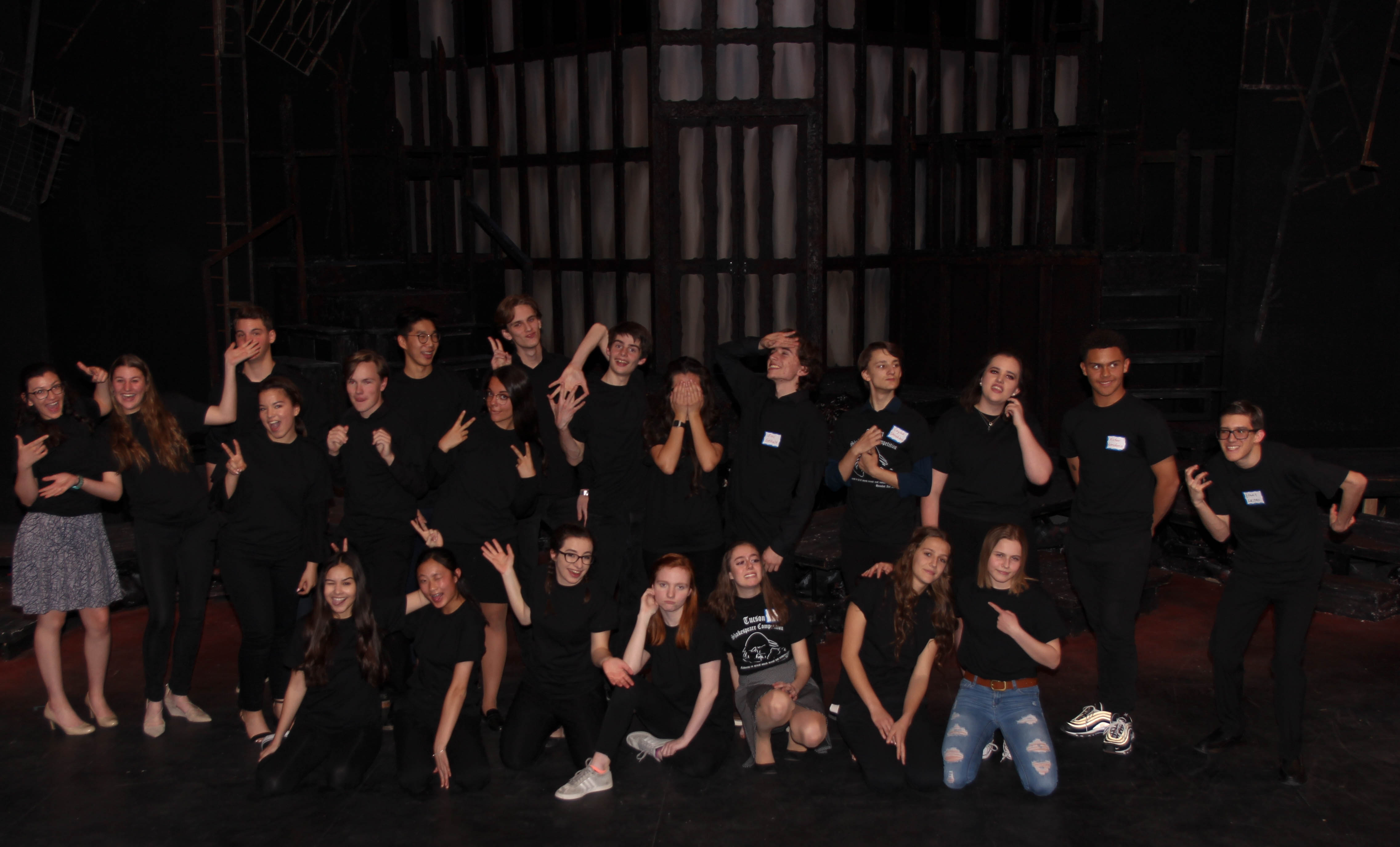