October Meeting - Private Lives: A Look at the Family and Personal Life of King George V and Queen Mary 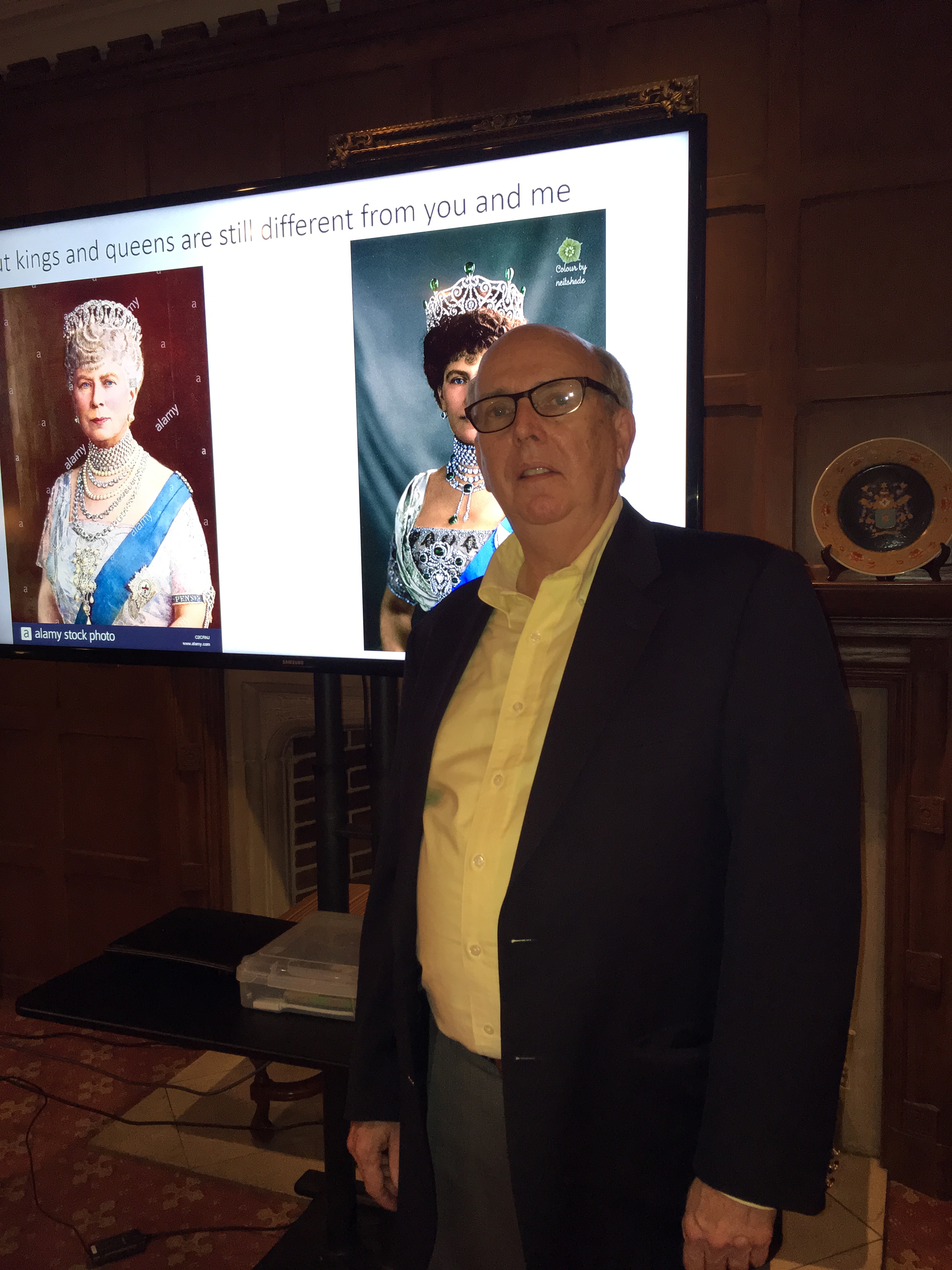 Our speaker for this month's meeting (pictured left), Michael McDavid, a retired adjunct professor at the former Georgia Perimeter College, brought us an in depth presentation on one of his favorite royal couples, King George V and Queen Mary.  His talk started with the early lives of both monarchs who are both of German ancestry.  Interestingly, Queen Mary was actually engaged to George's brother Edward who sadly died just weeks after their engagement.  Queen Victoria, who was a match maker extraordinaire, went to work arranging for Mary to marry Prince George.  Fortunately, it worked and their marriage was a successful one. They both had a strong sense of duty.  The couple had five children:  David (who would become the Prince of Wales), a daughter Mary, Albert (known as Bertie), George, Henry and John.

Mr. McDavid considers this King and Queen Britain's first modern royals who reinvented the British monarchy.  When King George V and Queen Mary ascended to the throne, the British Empire was at its height, but things were beginning to change mainly as a result of World War I.  This would be the defining event of their reign, and their Majesties took an active role in the war effort.  The King visited the front and Queen Mary took the time to visit wounded soldiers and console the families of those who died.

Another significant change was the family name.  Since the war with Germany created a negative attitude towards anything German, it was felt that the German family name should be changed to The House of Windsor.  It remains so to this day.

The concept of the Walk About was first utilized during their reign to connect with the people and to make themselves more accessible.  Good PR!!

Queen Mary created the "royal persona" with her style of dress – always a hat and matching outfit – sticking to the same type of clothing in order to be recognizable.  It seems Queen Elizabeth learned this concept and, even to this day, has her special way of dressing herself when she appears in public by keeping the look consistent and utilizing bright colors so as to be seen in the crowd.

Being more informal was also introduced with more photos of the royal family at leisure doing "normal" things.  Nonetheless, the King and Queen are still different than you and me.  The Queen believed in proper demeanor and could be a force to be reckoned with.  Queen Mary lived until 1953 but died before Queen Elizabeth was crowned.

We really appreciated Mr. McDavid sharing this amazing piece of history with us and look forward to future presentations on similar subject matters.

Thanks to Elizabeth Munson for our Halloween-themed refreshments!