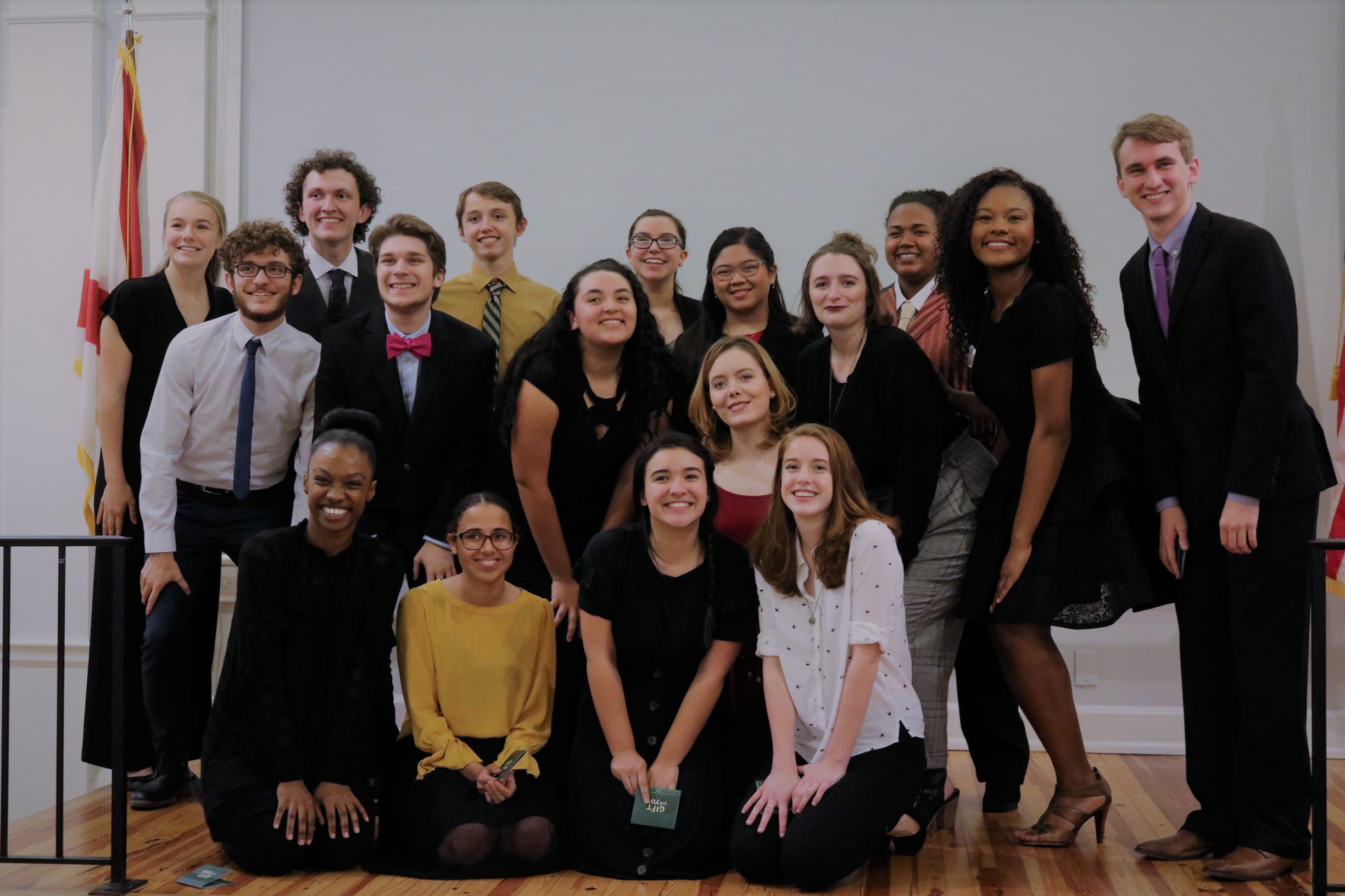 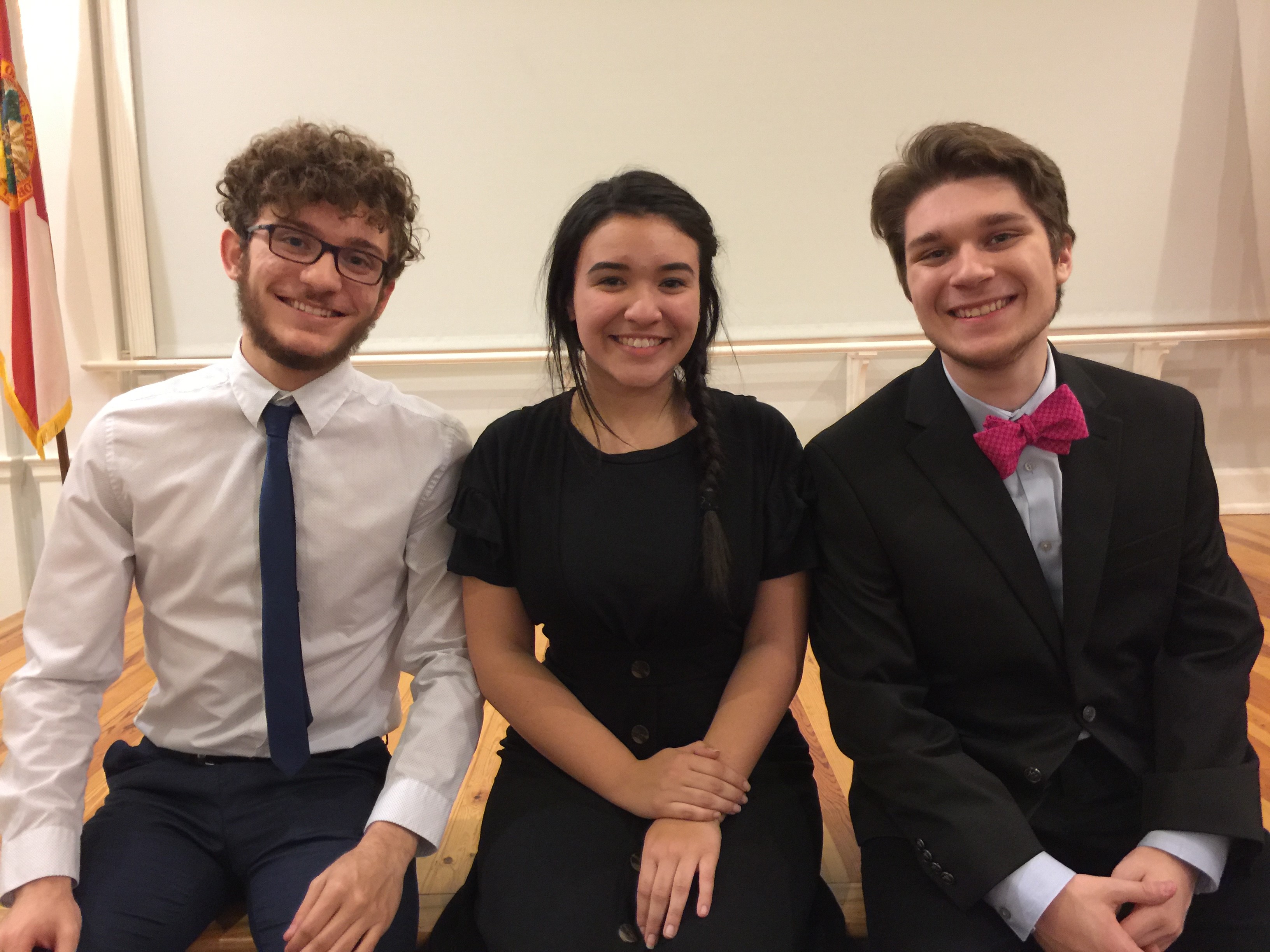 Marcela Griebler from Freedom High School took First Place with her portrayal of Lady Macbeth from Macbeth and sonnet 138 under the direction of her teacher, Mrs. Angela Xan Kahn. Second Place went to Christopher Echevarria from Cypress Creek High School. Christopher was coached by his teacher, Mr. Kristopher Kahn. In Third Place was Joshua Lefkowitz who was trained by his teacher, Ms. Susan Lilley, at Trinity Preparatory School.

In an e-mail following the competition, Mr. Kristopher Kahn, coach for our Second Place winner, wrote, "I wanted to share a little bit of our story because yesterday's competition was really special. My wife and I are sponsors of rival schools, Cypress Creek and Freedom, and for the past few years it has been fun to work with our winning students and prepare them for the competition. There may have been some good-natured trash talking around the Kahn household. Our relationship began while we were both working at the Maryland Renaissance Festival where we performed in a production of Romeo and Juliet. Xan was Juliet, and I was Benvolio. Last night, when Marcella and Christopher won first and second place respectively, it was a wonderful moment shared with the Bard who has been with us throughout our relationship." We wish Marcela Griebler the best of luck as she travels to the Lincoln Center to perform in the national competition this April.