The ESU Veterans Day Program offered nostalgia, history, poetry analysis, and...sentence diagramming. It was a feat to fit these varied elements into 60 minutes of excellence; yet, this feat was flawlessly accomplished by Matthew Forsythe, Assistant Professor at Rollins College and recipient of the Walter E. Barden Distinguished Teacher Award. 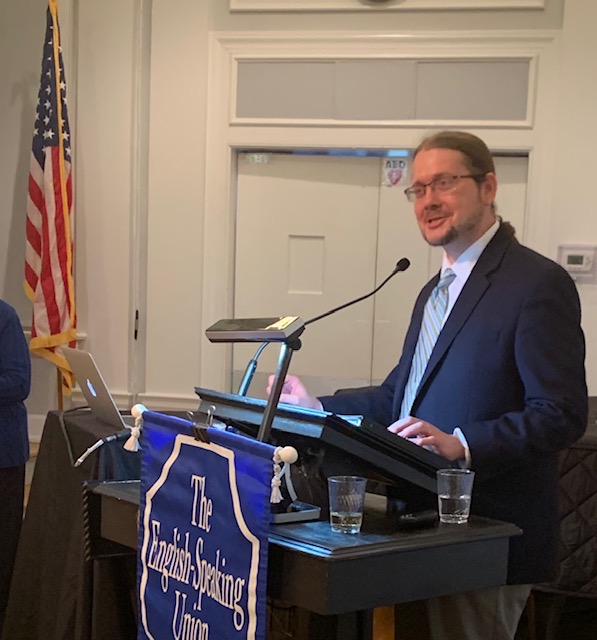 Forsythe opened and closed his lecture with a cherished photograph, a momento which displayed his own daughter surrounded by her Veteran grandfathers. After reeling in the audience with the sheer sentimentality of the scene, Forsythe went about carefully connecting the dots between a time when poetry and war writing idealized battles to the period of time when it served the purpose of enlightening readers and expanding our "collective memories." He offered that especially in matters of conflict, "the challenge of the artist is to close the gap" between the unblemished civilian and the demolished soldier who knows too much. He presented the truth that in war our soldiers live through the realities of a "private life that belongs to the public."

The in-depth discourse that followed Forsythe's introduction resurrected and dissected the poetry of Wilfred Owen, who was killed in World War I at the young age of 25, just one week shy of the Armistice. After presenting our ESU members with a fully accessible - yet highly academic- analysis of Owen's  "Dulce et Decorum Est", Forsythe brought his lecture to a close with an essay of his own: "In Praise of Quiet Soldiers." The essay was written to honor his father, Lawrence Forsythe, who retired last year from the United States Air Force. Through anecdotes and loving remembrance of his father's service, Forsythe brought attention to the many men in the military who tirelessly give themselves "to their country." It was a poignant and timely message that was absorbed by every ear in attendance.

In closing, the ESU would like to thank Matthew Forsythe for sharing so openly, reaching so deep, preparing so thoroughly, and reflecting the truths we all need to see. 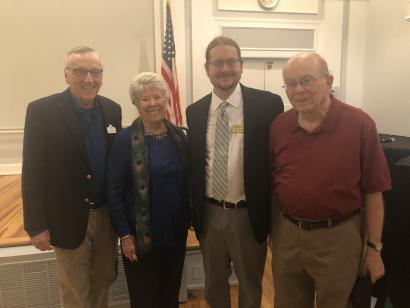