Most of Frederic Schwartz, Jr.'s Seven Ages of Membership in The English-Speaking Union, with apologies to Shakespeare 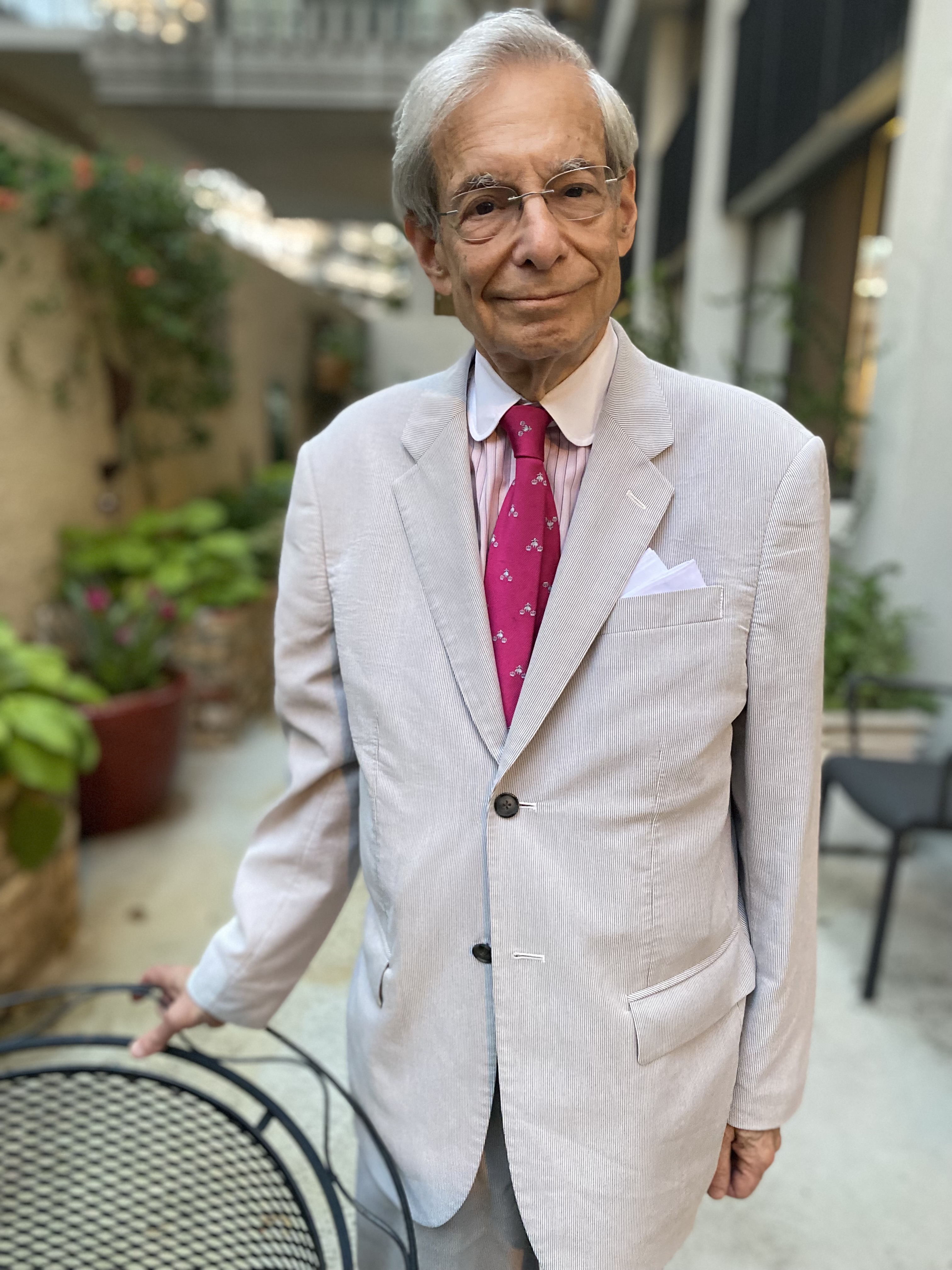 Frederic W. Schwartz, Jr. was invited in 1964 to join the Providence Branch of The English-Speaking Union after he returned from an idyllic summer at Balliol reading metaphysical poetry under the tutelage of a great-great-great cousin of William Wordsworth and drinking too much sherry. Never having been invited to join anything previously, he accepted. When he went off to law school in Boston (unfortunately not Cambridge) he became a member of the infamous Boston Branch (you'll find out why) and often frequented its townhouse. After law school he joined the Government and the Washington Branch almost simultaneously, and served as President for two terms (the Branch, not the United States). He was also tasked with inventing and organizing events meant to garner press attention (like The English-Speaking Union Regatta on the Potomac for Canoes) and more substantive programs, many of which will be revealed during his presentation. He was also a member of the ESU National Board for several terms and was a presenter at a number of National AGMs where people who knew what they were talking about generously said he did too. He approaches his sixtieth year as an ESU member entwined, encouraged and occasionally enthralled by its activities and the opportunities it presents to further its goals.

He still drinks too much Sherry, and that is the libation required for this jolly hour.