Wednesday, January 13th at 4:00 PM (EST)
The Topsy-Turvey World of Gilbert and Sullivan:
Their World, Their Lives and Their Music

Performed still throughout the world, the Gilbert and Sullivan comic operas have been part of the fabric of British life for over a century.  Beyond the success of the operas themselves however the lives of these two extraordinary men reveal some intriguing stories from this Victorian era involving sex, drugs, jealousy, ambition, greed and tragedy.  In a presentation illustrated with rare images and musical extracts we learn about this unique partnership and the enduring legacy of their work that remains today. 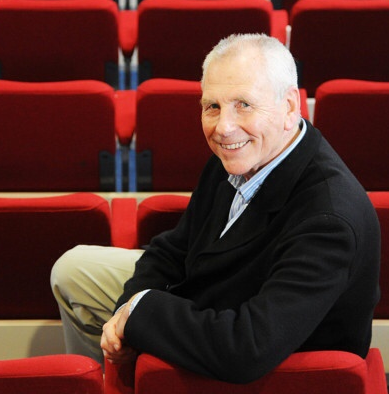 Jim has had a live-long love of the theatre, especially the musical theatre and the world of drama and theatrical entertainment, participating whenever he has had the opportunity.

After a short career in the British Army Jim trained as an accountant and finance administrator and spent twenty-six years in a senior position working in the London office of an American based international energy company.  During this time, he travelled extensively visiting more than thirty countries and enjoying many visits to the USA.  He finished his professional career working in The Netherlands and in Spain.

After his retirement he moved to Norfolk in the East of England where he has been able to give his time to the subject he loves.  This includes organizing music festivals, managing and representing some professional performers, creating and performing in historical enactments for a local museum and performing with a pianist friend in a musical duo.

In later years Jim has specialized in presenting talks on the songwriters associated with The Great American Songbook and with the lives and works of Gilbert and Sullivan who created the bridge between grand opera and the great musicals of the twentieth century.

When not engaged in these studies Jim still enjoys travel, time with his family and grandchildren, time in his garden and time walking the Norfolk coast.  He has successfully completed Holland's  grueling four-day Nijmegen Marches sixteen times and has an ambition to complete a total of twenty times.  Of his five granddaughters one, currently living in China with her English father and Chinese mother, was born in Washington DC due to his son's spell of work there as a journalist.

For his talk, Jim has provided the "Hanky-Panky" cocktail which was invented by Ada Coleman, head bartender of the American Bar, in 1903. The cocktail is comprised of:

To learn more about the history of this cocktail, you can download this document prepared by Jim for his "An English Window on the World" series.