The ESU Kansas City Branch hosted a successful and well-attended lecture program from the Evelyn Wrench Lecture Series with the acclaimed author and historian, Jonathan Rose, Professor of History at Drew University.  The lecture was held at the University of Missouri-Kansas City campus at Grant Hall on Wednesday, September 24, 2014. The free lecture was open to the public, educators and all students in the Kansas City Metro Area.

Meet the Past with J.C. Nichols

Kemper, the Library's director, will hold a public conversation with Nichols as portrayed by historian Bill Worley, who has appeared in previous Meet the Past presentations as Walt Disney, James Naismith, and Tom Pendergast. The presentation will be taped by KCPT-TV for later broadcast.

Developed by Nichols on what once was swampland on the south edge of Kansas City, the Plaza opened in 1923 as the nation's first suburban shopping district. His emphasis on quality construction, beautiful landscaping, and consistency in planning became a template for cities across the country.

ESU Goes to the Movies-For Free!

To commemorate the WW I Centennial Anniversary, the Tivoli Theatre in Westport and the National WW I Museum at the Liberty Memorial are co-hosting free screenings of two new historical films from BBC Worldwide America.

This series was produced this year in commemoration of the 100th anniversary of the start of World War I on July 28, 1914. The two films have a similar look and feel to the great period BBC dramatic series, like "Downton Abbey."

Neither of these films has been shown in the US, released on video or video-on-demand. We hope ESU members and their guests will be able to attend one or both of these BBC-produced films. Please remember: tickets are on a first-come, first-serve basis, so it would be a good idea to arrive at least 45 minutes before showtime.

Royal Cousins at War:
The Final Blow to the Royal Houses of Europe
One Showing: 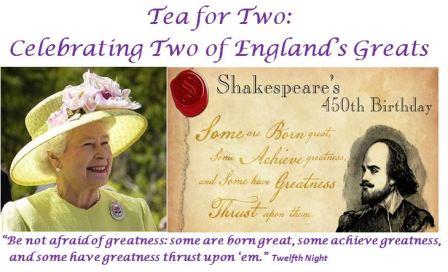 ESU Members and Friends of ESU attended our annual Queen's Birthday Tea on Saturday, July 26, 2014.  It is one of our biggest social gatherings of the year.  With 45 ESU members and guest, the Tea was a sell out again this year.  This year we celebrated HRH Queen Elizabeth II's 88th birthday as well as William Shakespeare's 450th birthday!

A fun, quirky play written by long-time ESU member Ben Martin, is returning to the KC Fringe Festival.  A girl stands by an art gallery window when a passing guy notices her. He stops and suddenly his night takes a very unusual turn in this quirky, outdoor romantic comedy. The story is told outside in different scenes set in and around the Crossroads Arts District in Kansas City, Mo.  How does the audience know where the next scene occurs? Bring your 'cellular device' and find out! 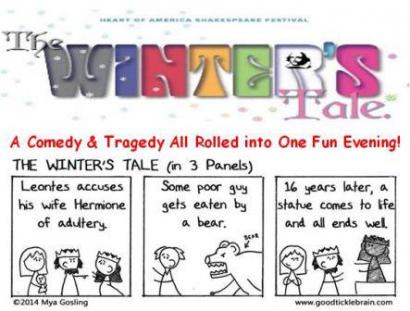 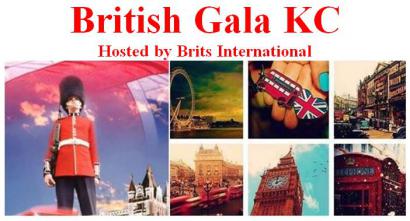 Brits International, a Kansas City-based non-profit organization, is hosting their 4th Annual British Gala KC.  All ESU members and Friends of ESU are welcome to attend this one-day festival of all-things-British!

The ESU Kansas City Branch will have an information table at the British Gala so be sure to stop by and say hello to our ESU volunteers!

Members and guests of the ESU Kansas City Branch attended a Sunday afternoon fundraiser "Taking Tea with Shakespeare" on Sunday, April 27, 2014 at the Leawood Community Center in Leawood, KS.  This was the 8th Annual fundraiser for two chapters of the Daughters of the British Empire—The Magna Carta Chapter and the Royal Arms Chapter.

Come celebrate the 450th birthday of William Shakespeare!  There will be ShakesBEER, Shakespearoke, trivia, live music performances, a raffle to win an incredible gift basket and there will be CAKE!  Come meet GOOD WILL, compete for acclaim and prizes and celebrate the Bard's BIG Birthday!

All ESU Members, Guests and Friends of
ESU are Cordially Invited!

What:  Reserved tables available at the $150 level, reserved seats available at $50 or $30 levels, standing room at $10 for a rollicking Shakespeare themed birthday party

Click here to reserve table seating or get your
SRO ticket reservation!

This event is a fundraiser.
All monies raised go to support Scholarships for Camp Shakespeare.

The Missouri Alliance for Arts Education is a consortium of arts education associations that represent dance, theatre, music and visual art.  By joining together, these organizations in Missouri speak with a powerful and unified voice about the importance of the arts in Missouri schools.

On Wednesday, March 12, 2014, the Mo. Alliance for Arts Education sponsored a Fine Arts Education Day at the Missouri State Capitol in Jefferson City, Missouri.  This was the 10th year for the event at the Missouri State Capitol.  Schools and other education-based organizations participated in the event.  Vocal, instrumental, dance groups and theatrical presentations were held in the First Floor Capitol Rotunda and the South Steps of the Capitol building.