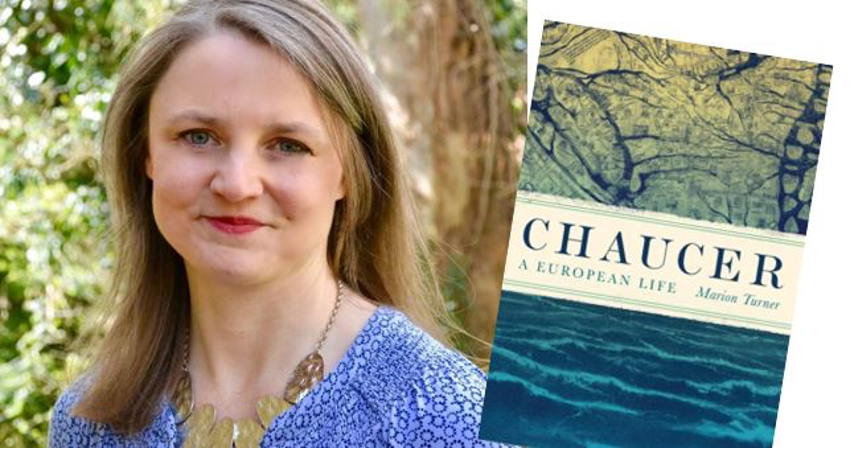 In her talk, Marion will be discussing the extraordinary life of Geoffrey Chaucer, a man who lived through the worst pandemic humanity has ever seen and made his way in the world in a time of radical change.

A merchant's son, prisoner of war, diplomat, MP, and pioneering poet, Chaucer lived through rebellions, usurpation, and conflict. While past biographers have often focused on Chaucer's Englishness, he was, in fact, a great internationalist.

Marion will talk about his journeys all over the continent, his innovative use of European poetry, and his life in cosmopolitan fourteenth-century London, a place where spices from as far afield as Indonesia were on sale. This is the story of one of the most unusual and brilliant imaginations in literary history. This ESU Happy Hour is a free program but registration is required.