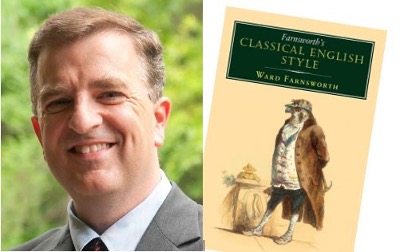 This is a free Happy Hour program, but registration is required.

Ward Farnsworth is Dean and John Jeffers Research Chair at the University of Texas School of Law. He formerly was Associate Dean for Academic Affairs and Professor of Law at the Boston University Law School. He has served as a law clerk to Anthony M. Kennedy of the United States Supreme Court and to Richard A. Posner of the United States Court of Appeals for the Seventh Circuit and worked as a Legal Adviser to the Iran-United States Claims Tribunal in the Hague. He received his J.D. with high honors from the University of Chicago Law School, and his B.A. from Wesleyan University.  Farnsworth is the author of books on law, philosophy, rhetoric, and chess, including, of Restitution: Civil Liability for Unjust Enrichment, published by the University of Chicago Press in 2014; The Legal Analyst, published by the University of Chicago Press in 2007; and Farnsworth's Classical English Rhetoric, published by David R Godine in 2010. He also has published scholarly articles on the economic analysis of law, constitutional law, statutory interpretation, jurisprudence, and cognitive psychology. He serves as Reporter for the American Law Institute's Restatement Third, Torts: Liability for Economic Harm.