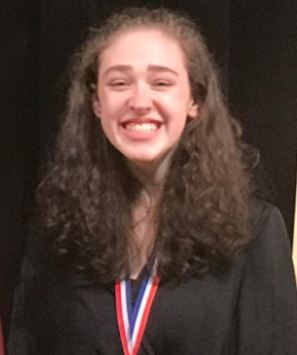 Twelve school winners from the Kansas City area schools participated. Lucy impressed the judges and captivated the audience with her performance of Beatrice from Much Ado About Nothing and her recitation of Sonnet 74. She will go on to represent ESU's Kansas Branch as a semi-finalist at the National Shakespeare Competition held at Lincoln Center in New York City on April 23, 2018 (April 23 is Shakespeare's birthday!)

Lucy's First Place prize package from the ESU Kansas City Branch included a check for $150, a full scholarship to the Shakespeare Exploration Camp offered by the Heart of America Shakespeare Festival, a Certificate of Appreciation and an engraved First Place Medallion.

Lucy will be awarded an all-expenses-paid trip to New York City for the final stage of the Competition. The trip also includes an exclusive acting workshop, sightseeing activities and spending the weekend with 54 fellow teenage aficionados of the Bard. Perhaps best of all for Lucy will be the opportunity to spend a weekend with other ESU Branch winners from across the country who share her love of the Bard and his works.

Deborah McArdle, ESU Kansas City Branch's Vice President and Shakespeare Competition Coordinator, commented, "The ESU Kansas City Branch is proud to have provided this competition for 34 years now. Each year, we see the students display an unbelievable understanding of the works of William Shakespeare, one of the world's greatest geniuses. In unique ways, the contestants bring Shakespeare's words to life by voice, movement and overall interpretation. Additionally, we thank our committed teachers who give so generously of time and talent."

The ESU Kansas City Branch is one of 54 Branches competing in the National Shakespeare Competition in New York City on April 23, 2018.

Grace Goheen, First Place Winner of the 2016 Kansas City Shakespeare Competition, who is an undergraduate at Stanford University, prepared a video describing her experiences in New York City at the National Semi-Finals at Lincoln Center. The video was shown to the audience at the 2018 Competition in Kansas City. Click here to see video.

Sidonie Garrett is the Executive Artistic Director of the Heart of America Shakespeare Festival where she directed plays including The Taming of the Shrew, Hamlet (awarded Best Play by Pitch Magazine), Julius Caesar, Much Ado About Nothing, King Henry V, Romeo and Juliet, Othello, The Merry Wives of Windsor, King Richard III, and Macbeth. Her experience working with new plays took her to New York City, where she directed the off-off-Broadway production of Thanatos. Sidonie also assistant directed the off-Broadway premiere of the interactive Aunt Chooch's Birthday Party. Locally she has directed several shows at the Unicorn Theatre, the Kansas City Actors Theatre, and The Coterie Theatre. Next up, she will direct Hamlet for HASF's 25th anniversary season, June 13 – July 2, 2017 in Southmoreland Park. 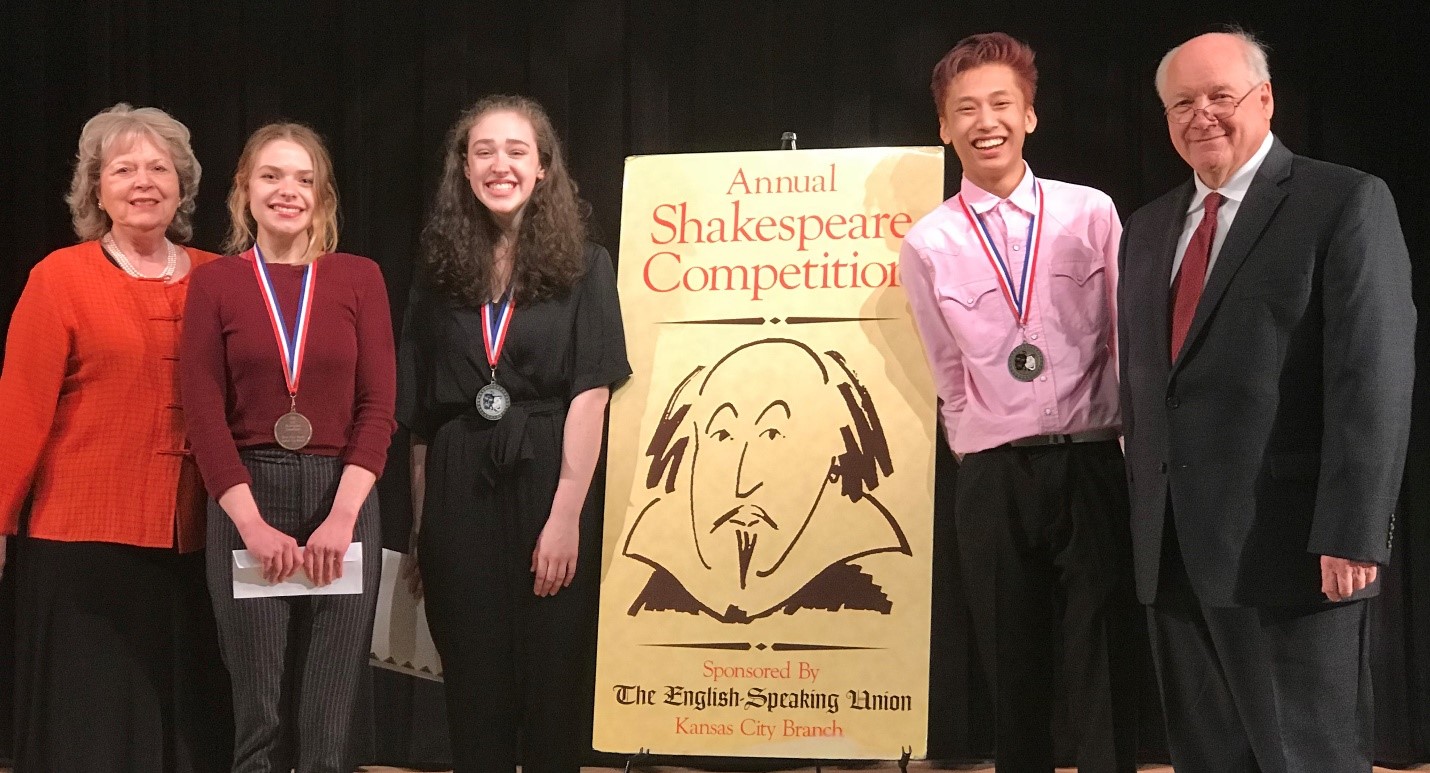