Churchill Warned Against the Dangers of the "Iron Curtain" 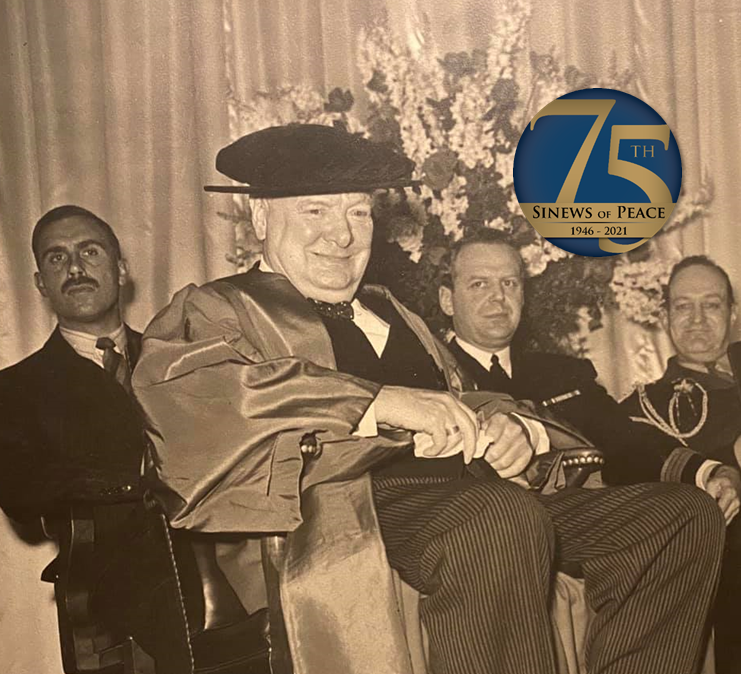 America's National Churchill Museum will commemorate the 75th anniversary of Winston Churchill's "Sinews of Peace" address, commonly known as the "Iron Curtain" speech, on March 5-6, 2021, when the world will be invited to a free, virtual commemoration, live from the campus of Westminster College in Fulton, Missouri. Dignitaries, leaders, and members of the Churchill family will participate from all parts of the world for what promises to be a memorable celebration.

George Will, author and Pulitzer Prize-winning Washington Post columnist, will lead a distinguished line-up of historians, authors, and other notables in virtual ceremonies to commemorate the 75th anniversary of a speech that rocked a war-weary world and ushered in a Cold War by Western Allies against the former Soviet Union.

This speech, commonly referred to as the "Iron Curtain" speech,  forged a "special relationship" between Great Britain and the U.S. where both countries acted as the guardians of peace and stability against the menace of Soviet communism which had lowered an "iron curtain" on the world. Churchill stressed that the two countries had great powers of the "English-speaking world" in organizing and policing the postwar world which Churchill called the Cold War. Churchill emphasized, "We not only speak the same language, we think the same thoughts."

Besides Will's keynote, the ceremonies will include an expert panel discussion, video salutes, and the debut of an intriguing documentary and a virtual exhibit from America's National Churchill Museum at Westminster College, where former British Prime Minister Sir Winston S. Churchill, accompanied by President Harry S. Truman, gave his now-famous "Sinews of Peace" address on March 5, 1946.

The livestreamed program will begin on Friday, March 5 at 10:00 am (CST) and events will continue until 3 pm (CST).

The day's commemoration activities will be streamed live online and offered free to the public, but registration is required. Click below to read more about the program and to register.