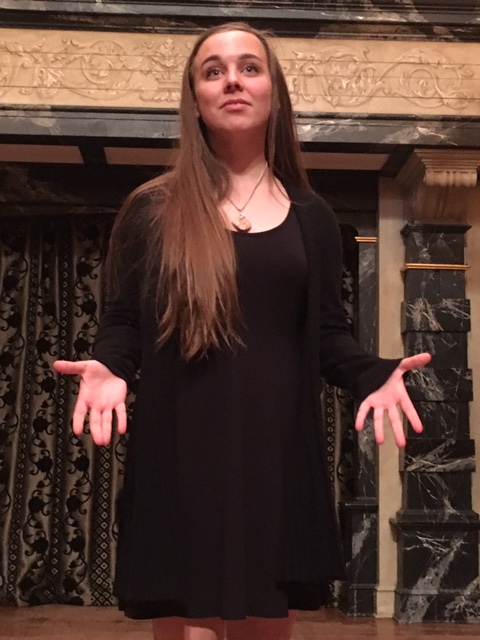 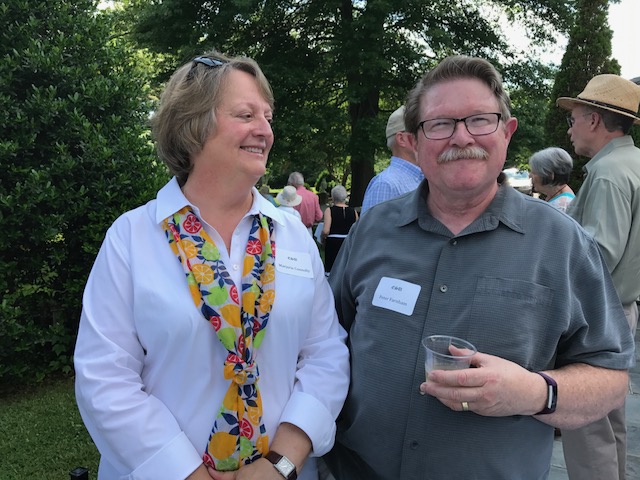 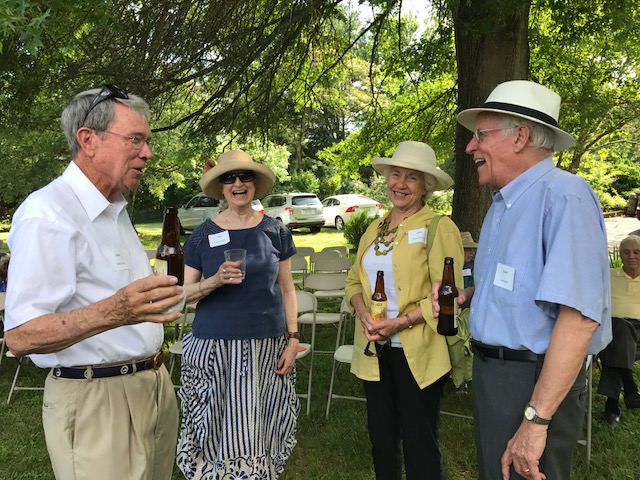 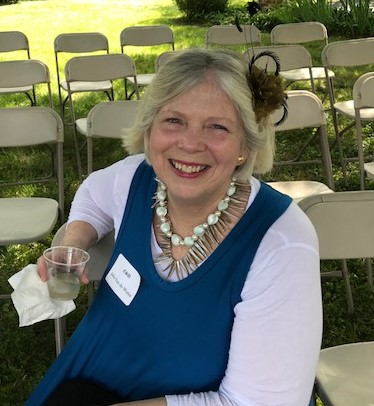 A Message from the Lexington Branch President

The Lexington Branch of the English-Speaking Union has been actively involved, both nationally and internationally, in the English-Speaking Union since 1966.  Our aim is to provide both teachers and college students educational opportunities to study abroad.  In addition, we heartily support the Shakespeare Competition which gives high school students an opportunity to compete on a national level. 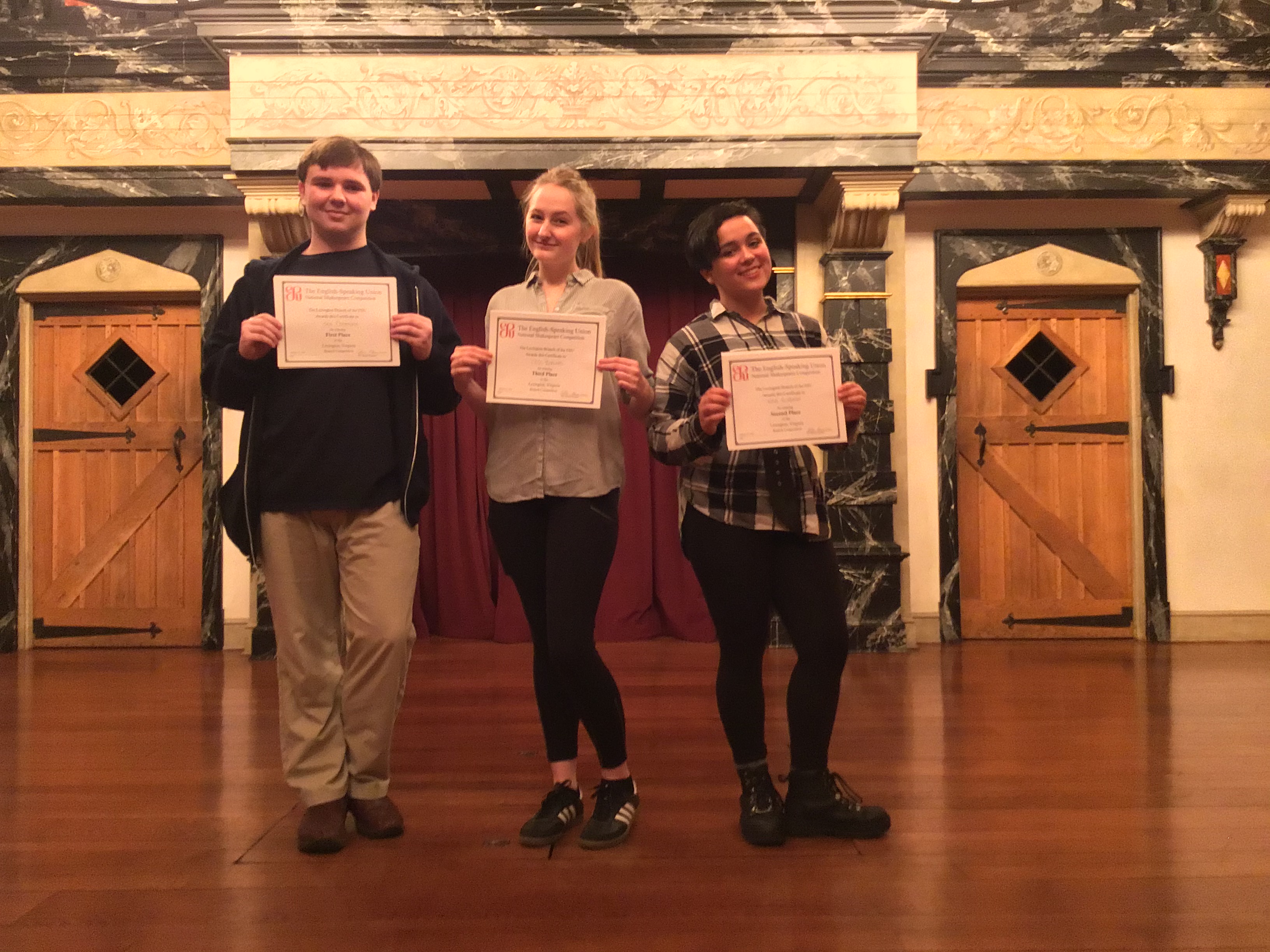 Appomattox Christian Academy student Eric Cheatham won first place at the English-Speaking Union National Shakespeare Competition Lexington Branch contest on January 25, 2020.  Cheatham, a student of teacher April Bilton, performed King Richard's monologue from Richard II, Act III, scene ii, as well as Sonnet 81.  He will receive an all-expense paid trip to New York City along with more than 50 other contestants from around the country to participate in the ESU National Shakespeare Competition at the Lincoln Center Theater in New York on April 27, 2020. 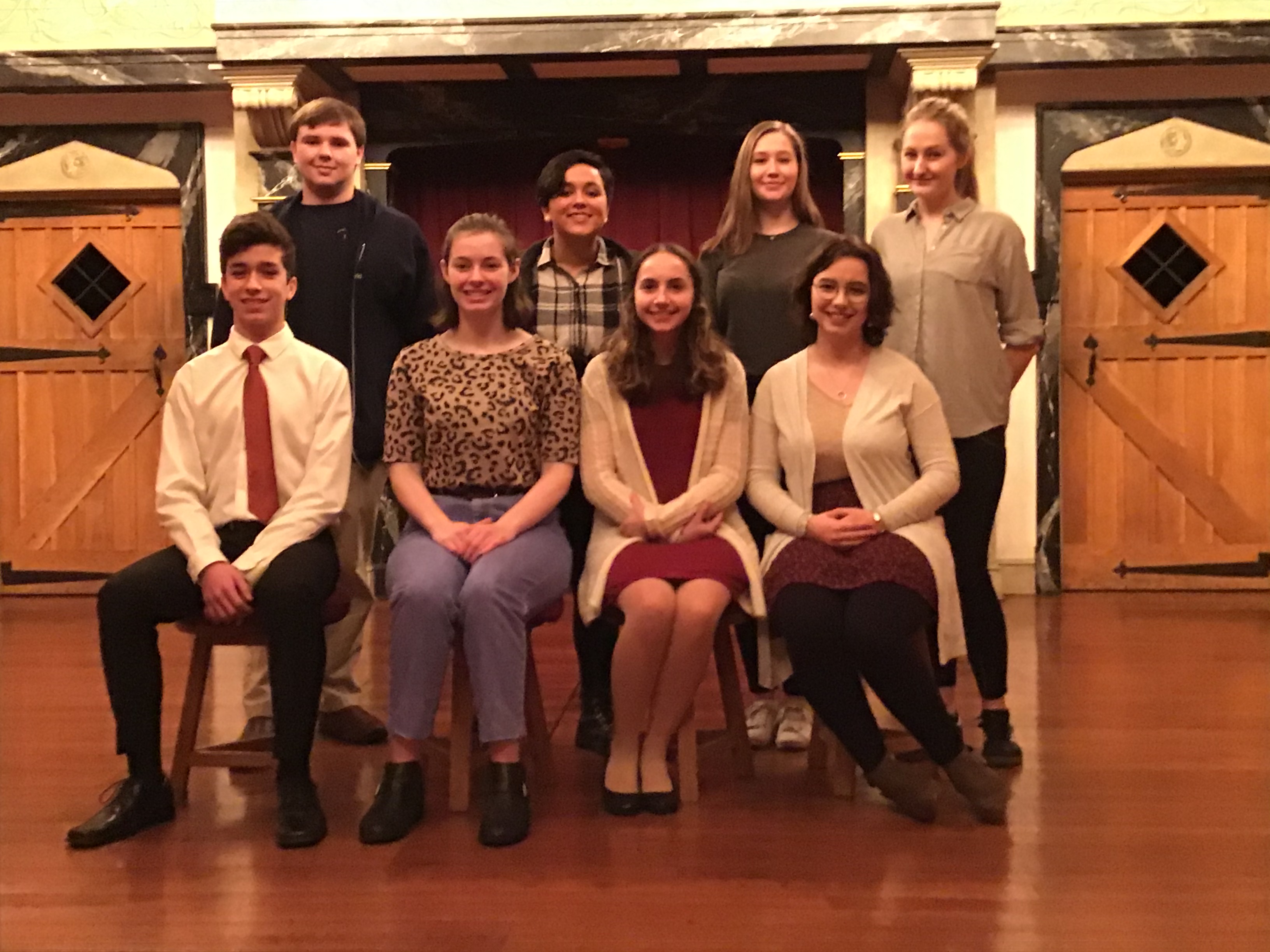 Competitors were judged on their understanding of their selected texts and on their ability to communicate that understanding to the audience. Judges for the Branch Competition were Miriam Donald Burrows, Brandon Carter and Zoe Speas, all members or former members of the American Shakespeare Center Resident Company.  The competition was coordinated by ESU Lexington members Suzanne Rice, Lisa Tracy and Dee Joyce-Hayes. Lexington Branch members enjoyed an indoor garden party – thanks to the rain – hosted by member Dave Perry-Miller on May 11.  Perry-Miller's home in Staunton, Waverly Hill, was built in 1929 in the Georgian Revival style.  Waverly Hill is on the National Register of Historic Places and is designated as a Virginia Historic Landmark.  Perry-Miller recently restored the home, with the assistance of architect Madison Spencer, of Madison Spencer Architects, who spoke to the group about the project.  Spencer traced the origins of Georgian Revival architecture beginning with the Greeks and Romans through the construction of Waverly Hill in 1929.  Despite the rain, members enjoyed the lecture, a delightful party, and lovely views of the grounds from inside the house. Kate Cummings, from Harrisonburg High School in Harrisonburg, Virginia, won first place at the English-Speaking Union National Shakespeare Competition Lexington Branch contest on January 26, 2019.  Her winning performance included Juliet's monologue from Romeo and Juliet, Act III, scene ii, and Sonnet 72.  Miss Cummings is a student of teachers Ken Gibson and Holli Wolter.  She will receive an all-expense paid trip to New York City along with contestants from around the country to participate in the ESU National Shakespeare Competition in April. 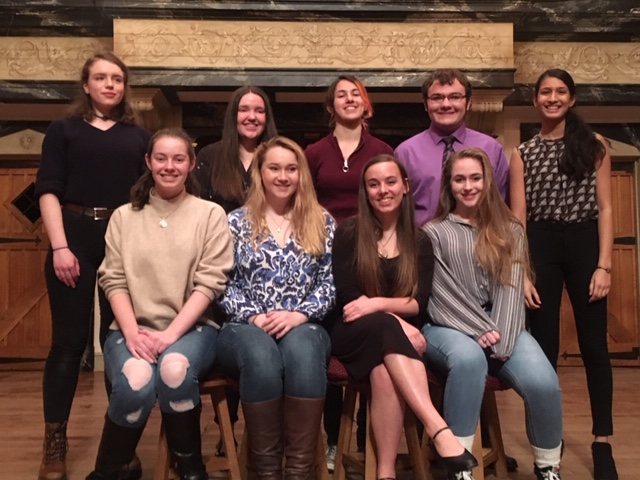 Olivia Catherine Gorra from the Stuart Hall School in Staunton earned second place, performing Desdemona's monologue from Othello, Act IV, scene ii, and Sonnet 121.  Mary Margaret Elam from Robert E. Lee High School in Staunton was awarded third place. She performed Viola's monologue from Twelfth Night, Act II, scene ii, and Sonnet 65.  First, second and third place winners were all awarded scholarships to attend the American Shakespeare Center Theatre Camp.  Competitors were judged on their understanding of their selected texts and on their ability to communicate that understanding to the audience. Judges for the Branch Competition were Shunté Lofton, Katie Little and Benjamin Reed. VPO Scholars Nathan Royce and Allison Jue spoke at the Opening Meeting of the Lexington Branch at Kendall on October 10, 2018.  The Lexington Branch provided scholarships to Royce, from the Virginia Military Institute and Jue, from Washington & Lee University, to attend the Virginia Program at Oxford, a six-week summer program at Oxford University.  Royce and Jue spoke enthusiastically of the daily lectures and weekly tutorials they attended, as well as their travels to other parts of the United Kingdom. 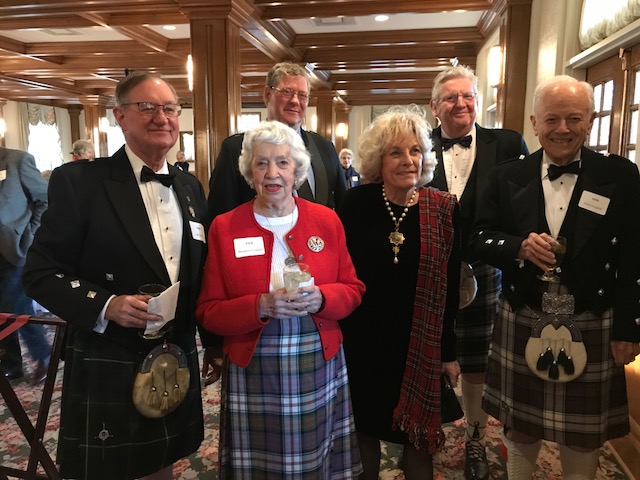 Lexington Branch members enjoyed a night of poetry, bagpipes, haggis and a "wee dram" as part of the Robert Burns Night held on March 4, 2018 at VMI's Moody Hall.  Speaker Les Strachan spoke on "Robert Burns, Scotland's Poet", quoting extensively from the poet's work.  The haggis, generously provided by ESU members Lyn and Carol Dent, was sampled by many and even enjoyed by some! 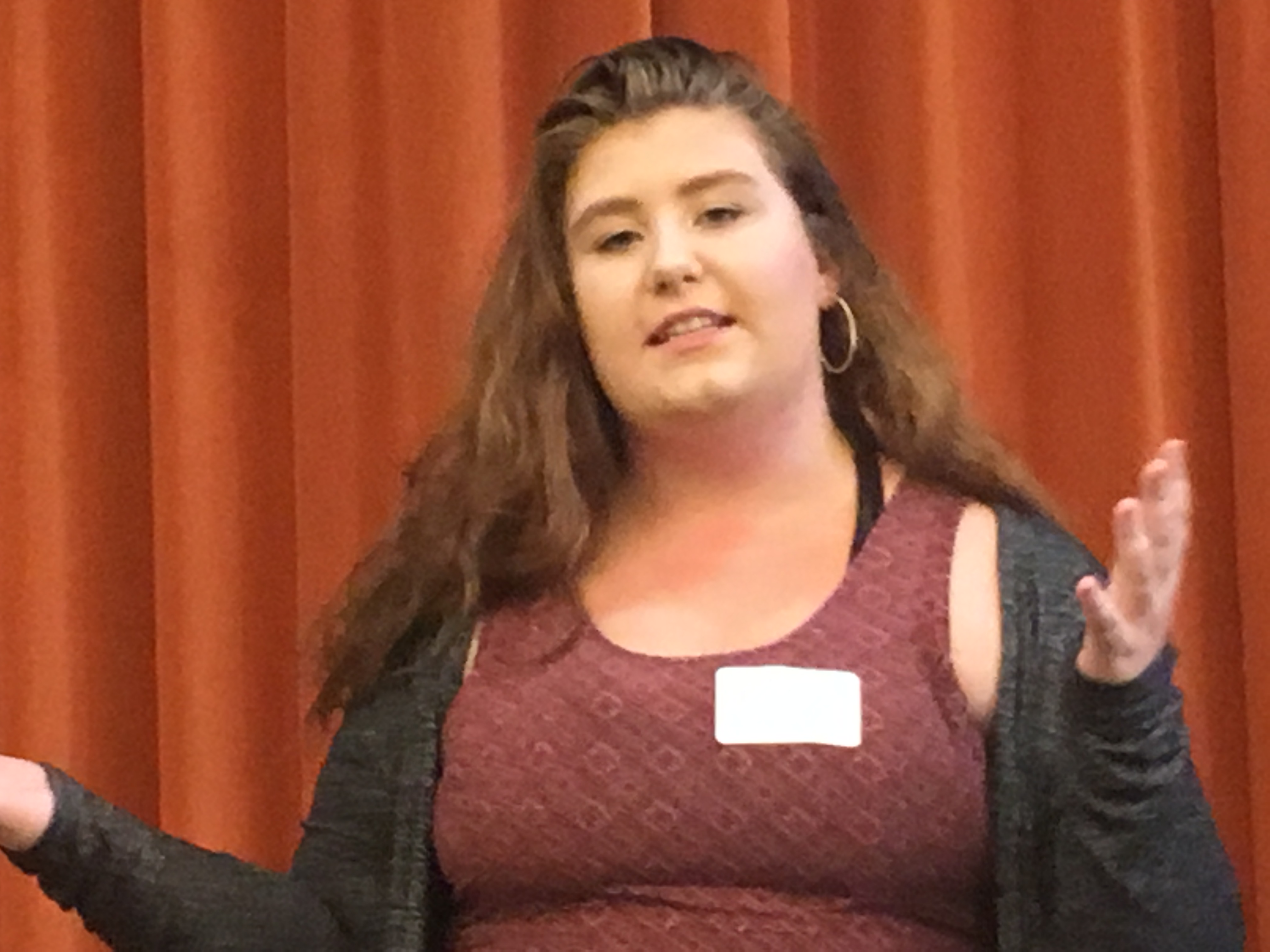 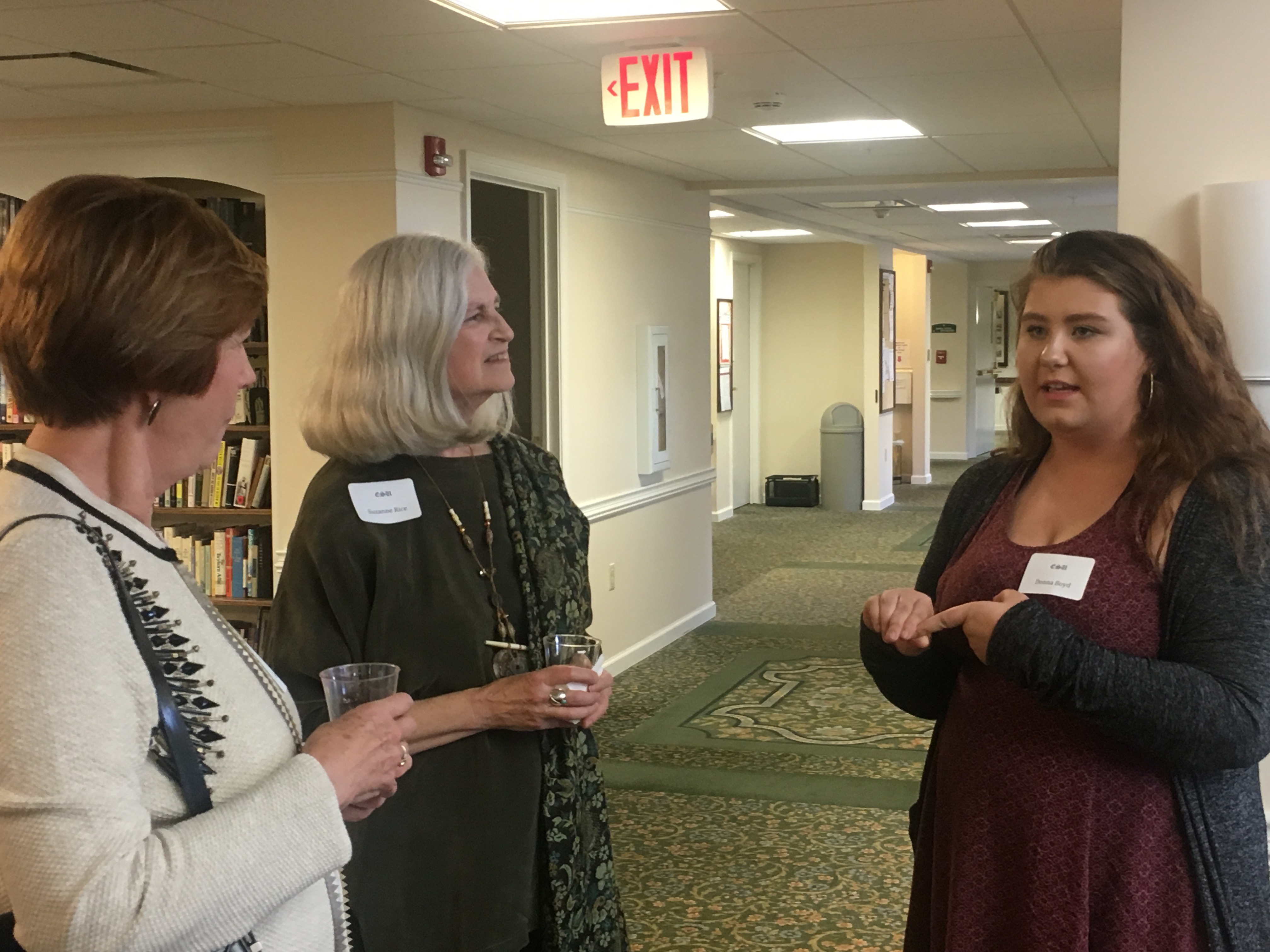