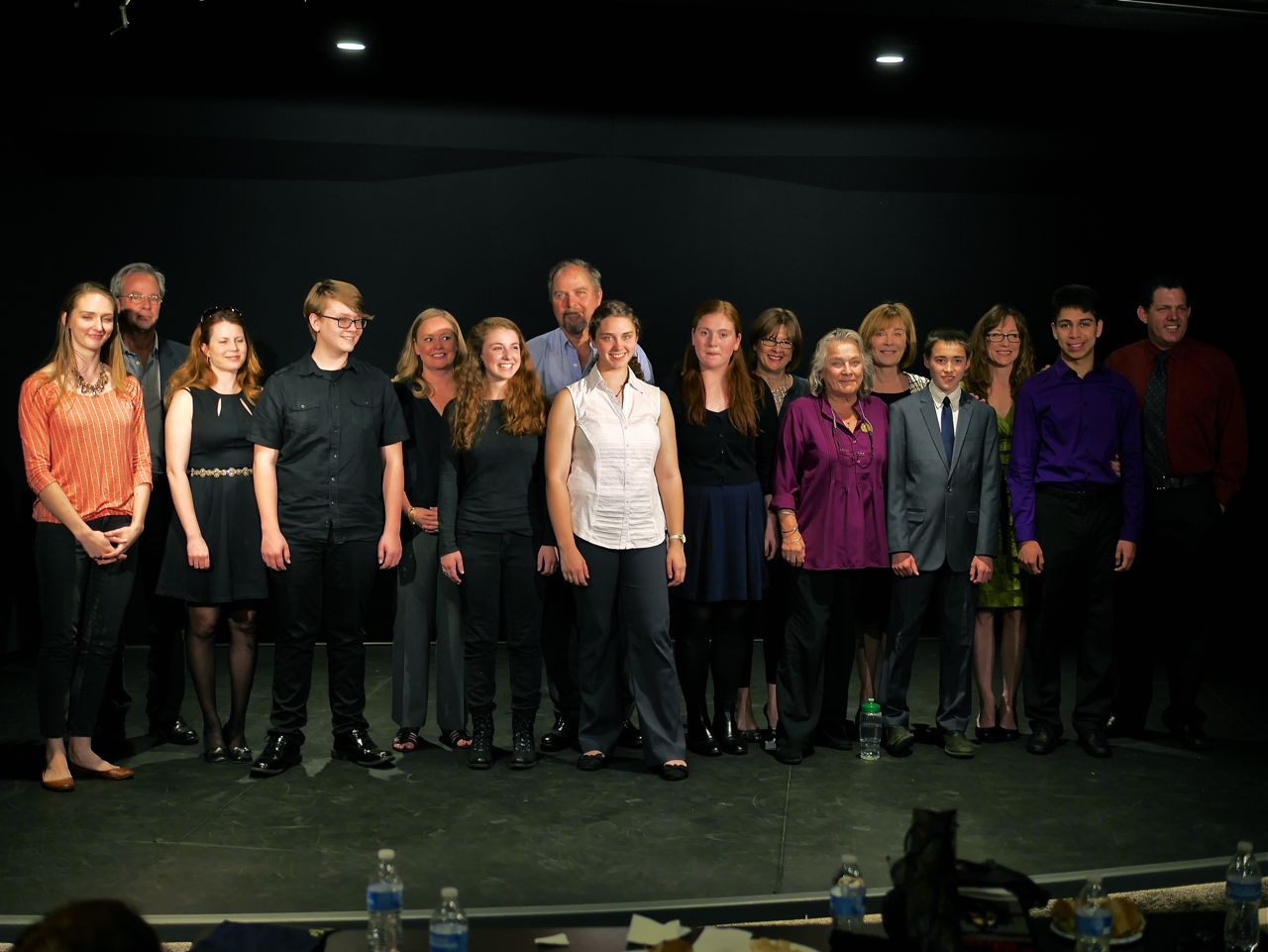 On Sunday, March 9, the LA campus of the New York Film Academy played host to the LA Branch of the English Speaking Union, for its 28th annual high school Shakespeare competition. Six finalists competed before a panel of distinguished film and theatre professionals  in the Academy's Riverside theatre before a cheering audience of family, friends, teachers and patrons, for a chance to perform at the ESU National finals at New York's Lincoln Center in April. 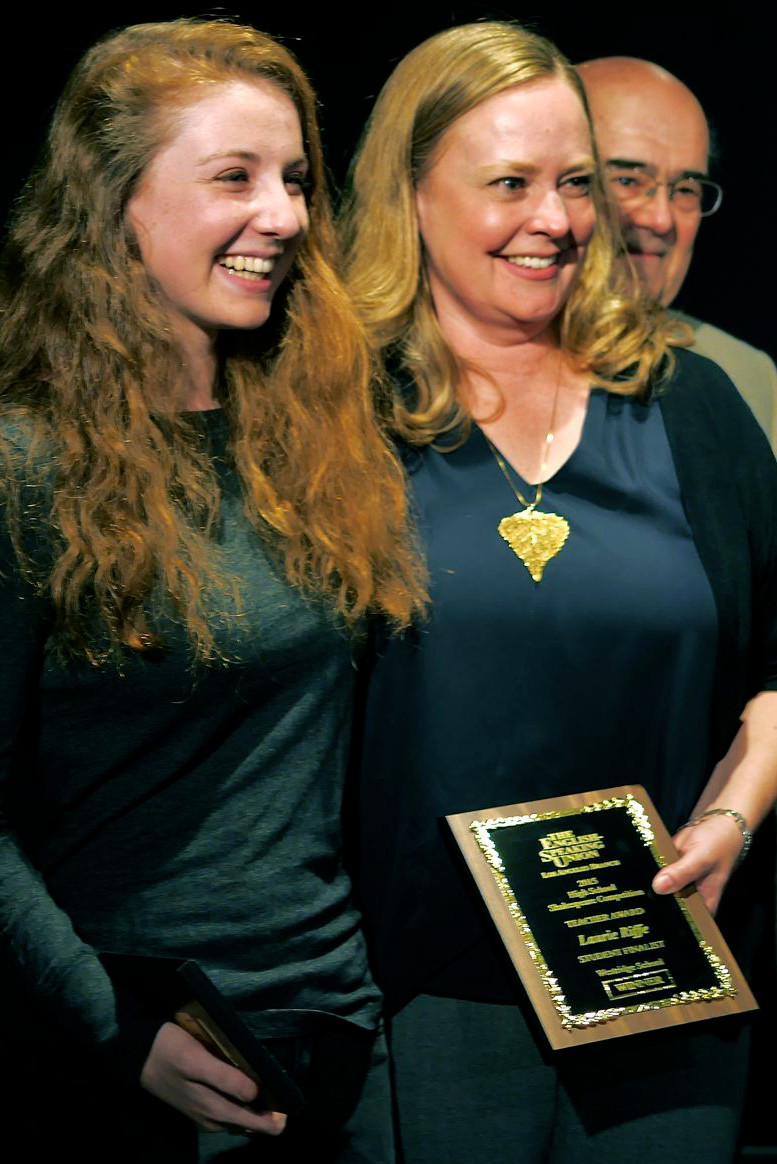 Winning top prize was Emma Rothenberg from the Westridge School in Pasadena (shown in photo with drama teacher Laurie Riffe). Runner up Avery Girion, from the Marlborough School, was awarded a tuition scholarship to NYFA's  Advanced Acting summer camp for High School students this July.

Shakespeare scholar Louis Fantasia, Dean of the Faculty at NYFA/LA, serves as  President of the Board of the LA Branch of the English Speaking Union, which is part of a network of 68 branches throughout the US dedicated to global understanding and educational out-reach.

Said Fantasia, "I was very happy to wear both my NYFA and ESU hats at the same time to help make this wonderful competition a success. I'm thrilled that we could show NYFA's world class facilities to the participating students, teachers and patrons of the ESU, and equally thrilled that NYFA could help spread the word not only about Shakespeare in schools, but also about the wonderful work the ESU does in education in Los Angeles and across the US."