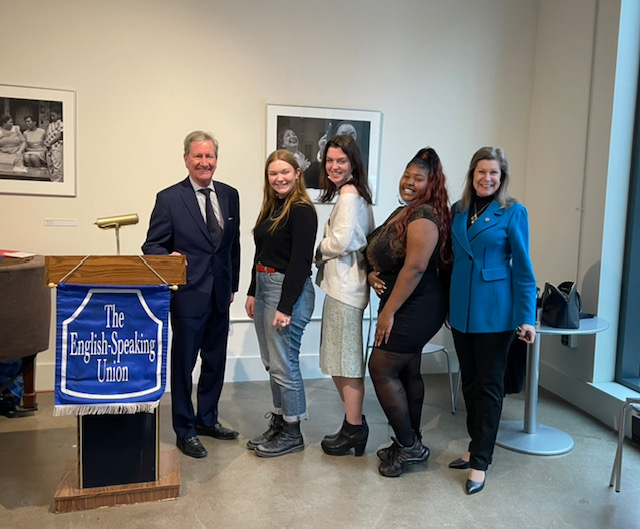 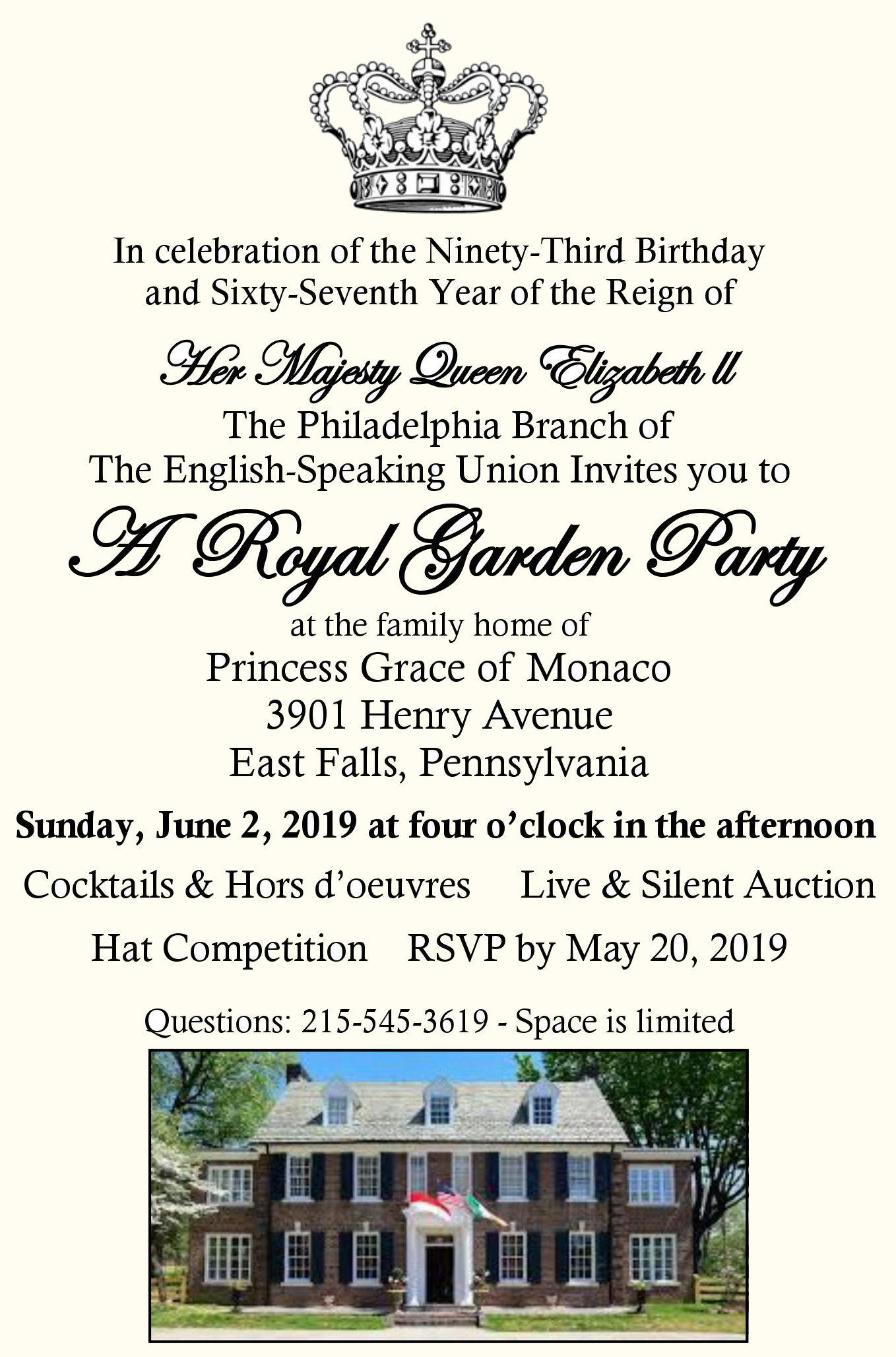 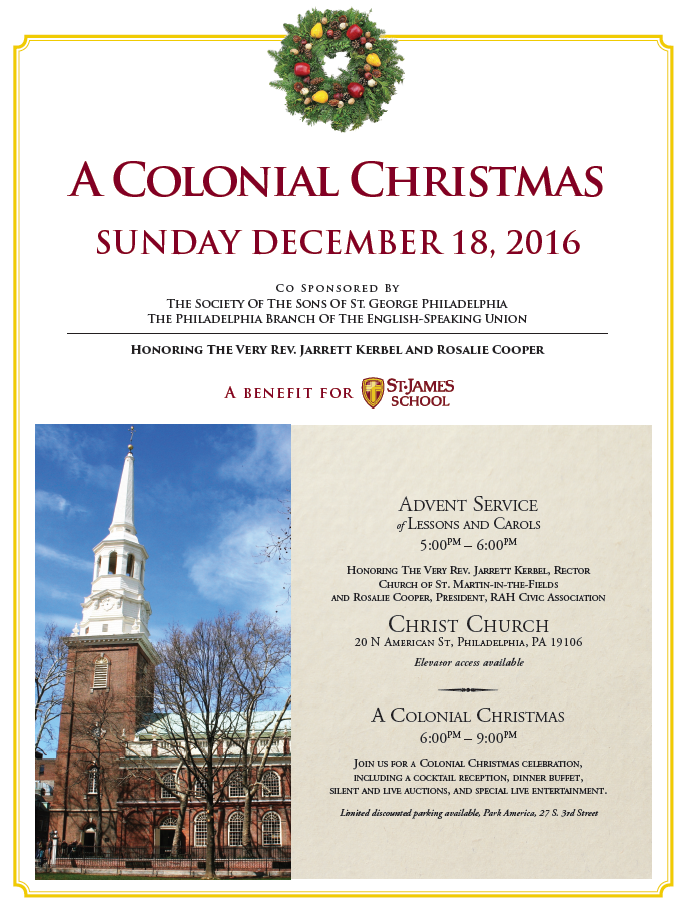 Philadelphia Competition was held on February 15, 2016 at the Philadelphia Performing Arts: A String Theory Charter School. Seventeen schools from the Greater Philadelphia competed.  The winners represented a cross section of the area: 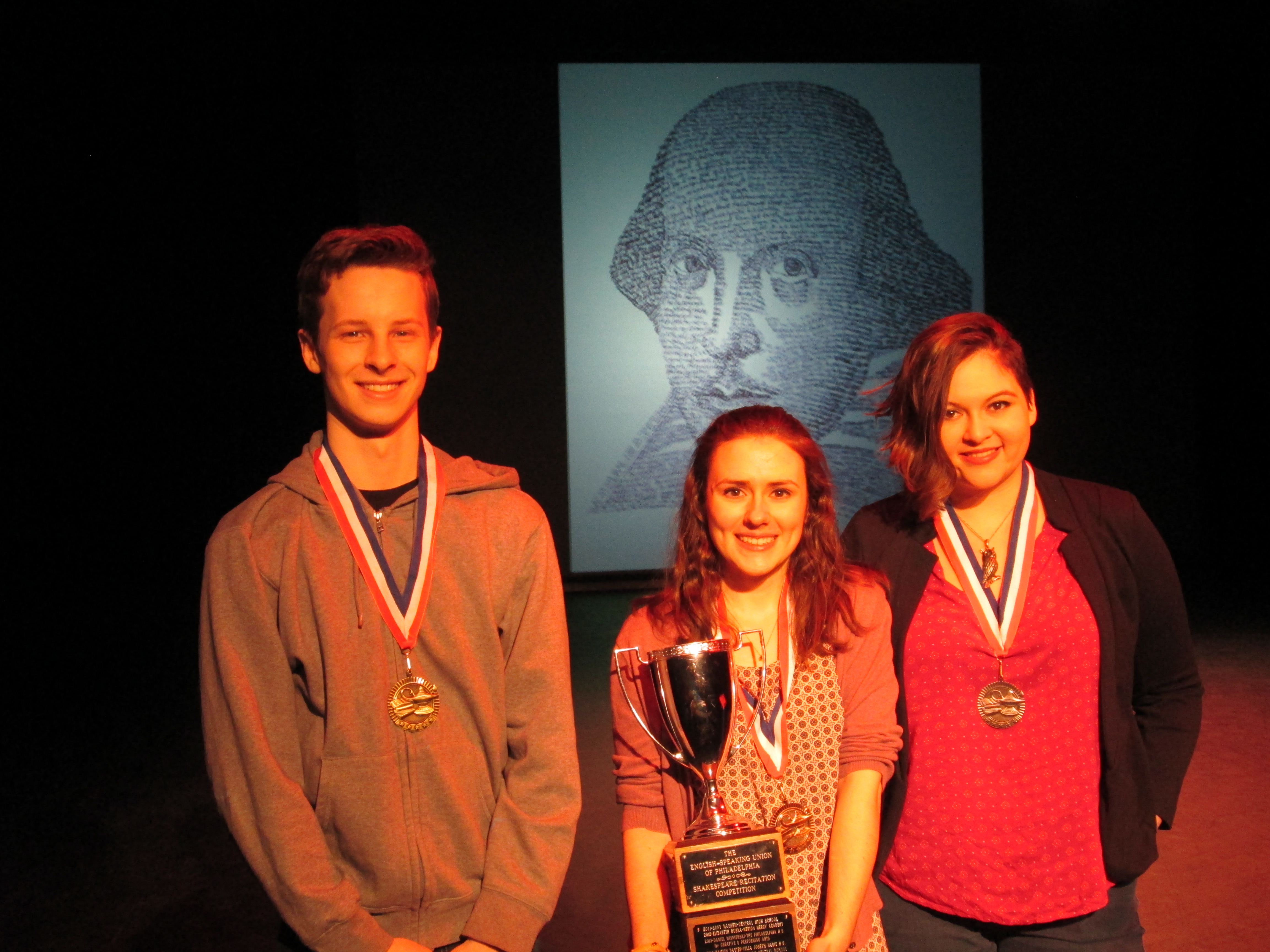 The Andrew F. Webster Scholarship was awarded at a reception for the winners and their families on Sunday, March 6, 2016. 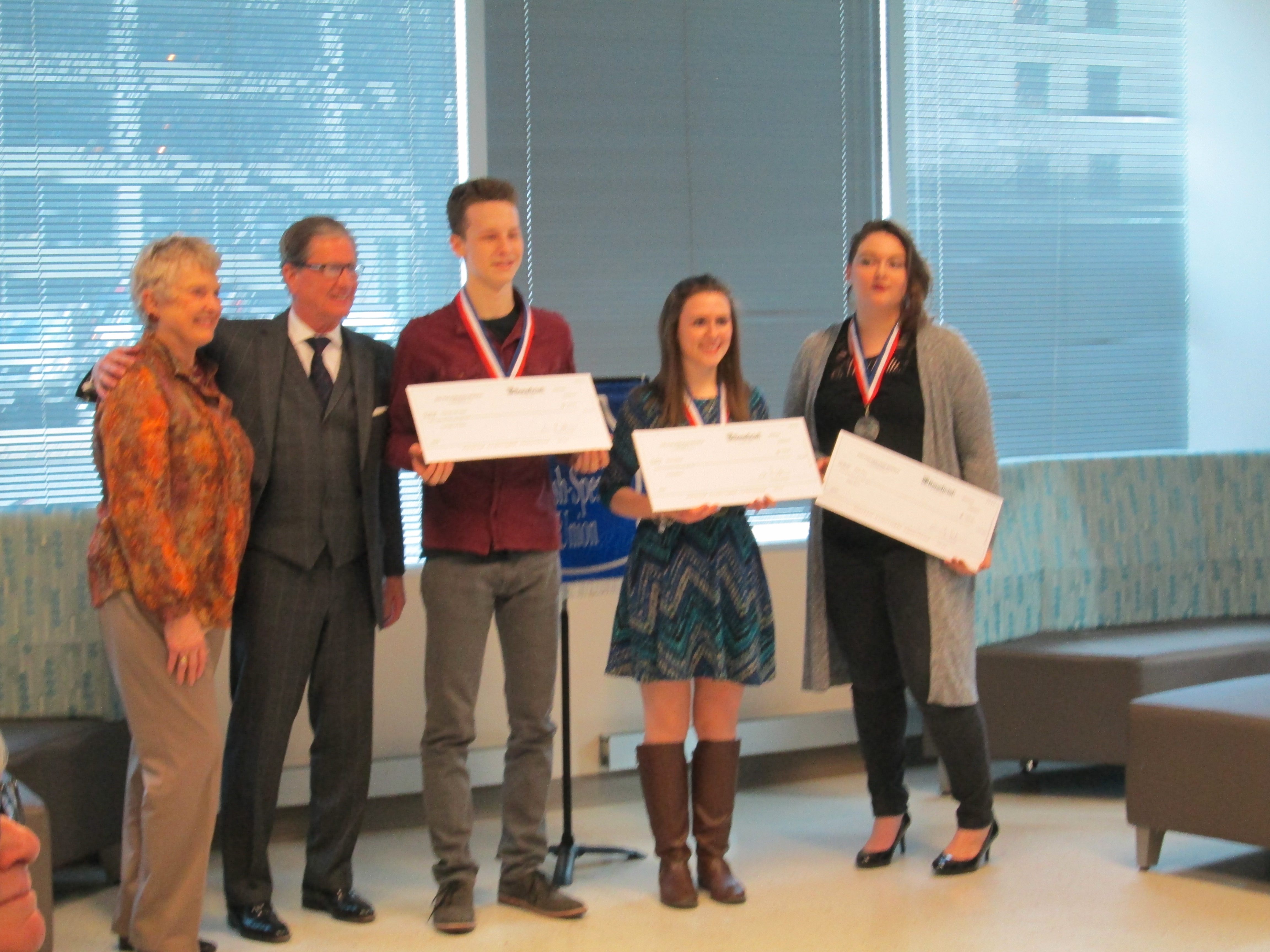 Emma Muller will compete at the ESU National Competition in New York City. 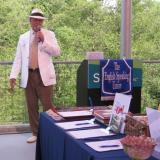 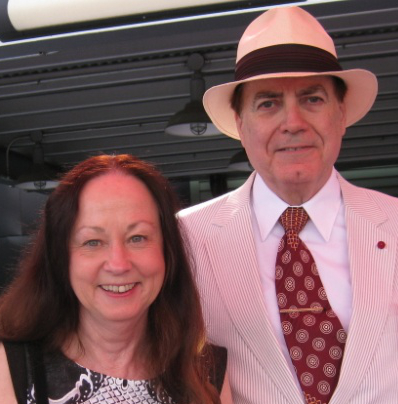 The 89th Birthday and the 63nd Year of the Reign of Her Majesty Queen Elizabeth II was celebrated Sunday, June 14th at the at the campus of SEI, Oaks, PA. A big thank you to Gayla McCluskey and David Humphrey for Co-Chairing this stellar event!! Guests arrived to the sound of bagpipes and champagne, enjoyed sunny weather, a beautiful location, and a private tour of the amazing West Art Collection. 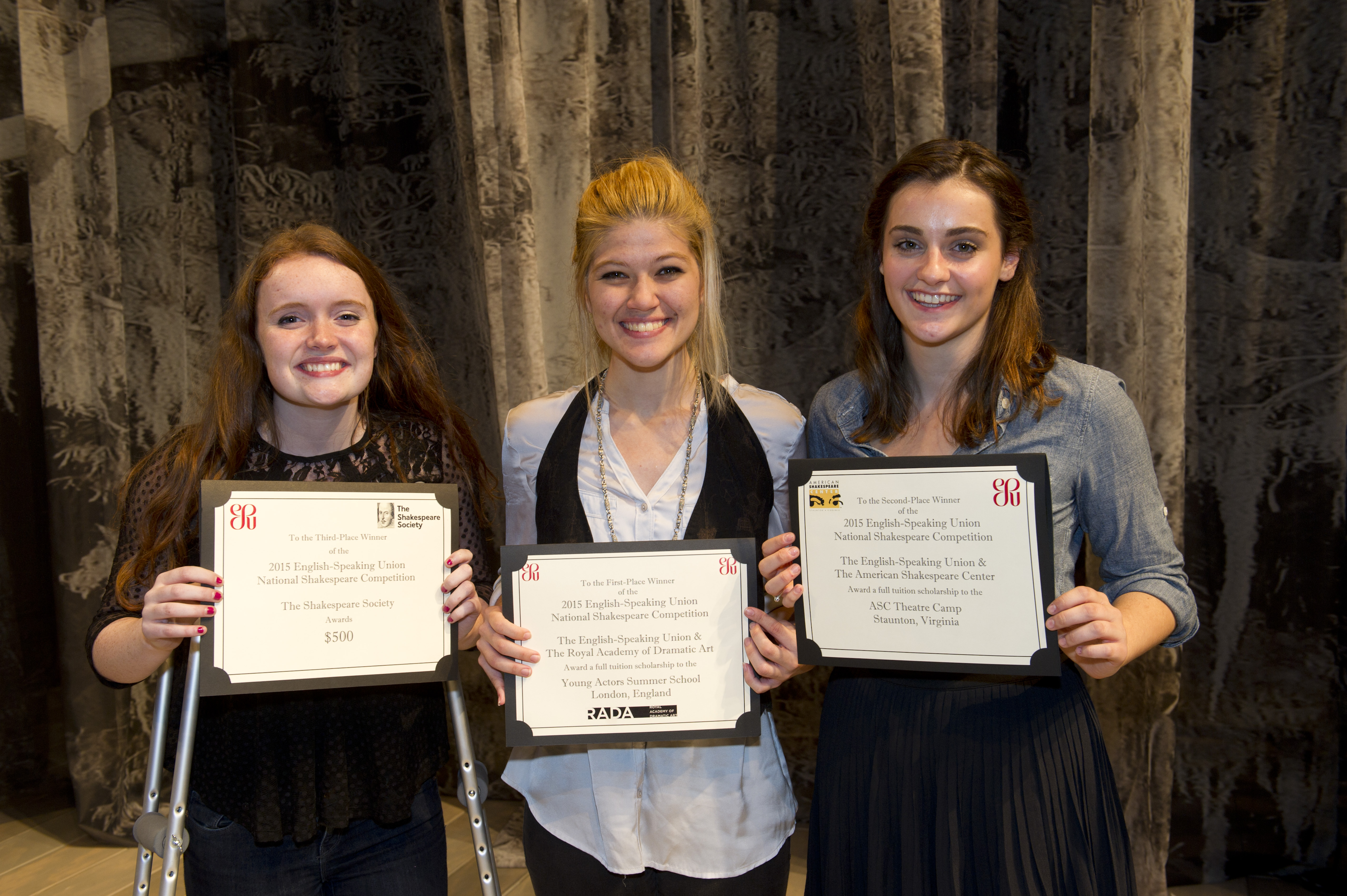 With a performance of a sonnet and monologue from Shakespeare, Evelyn Johnson (Evie), a student of Tom McFarlane at Friends Central School in Wynnewood, PA, won second prize at the 32nd annual ESU National Shakespeare Competition. The Competition brought together 57 high school students, the winners of ESU Branch competitions nationwide, for a two-day event in New York City culminating in the final competition on April 27th at Lincoln Center. Evie had previously won the Philadelphia Branch regional competition. 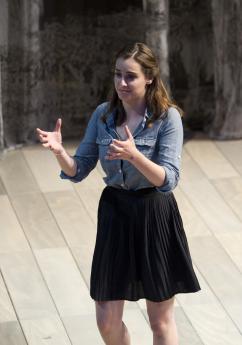 To the right, Evie Johnson  performing her winning monologue. 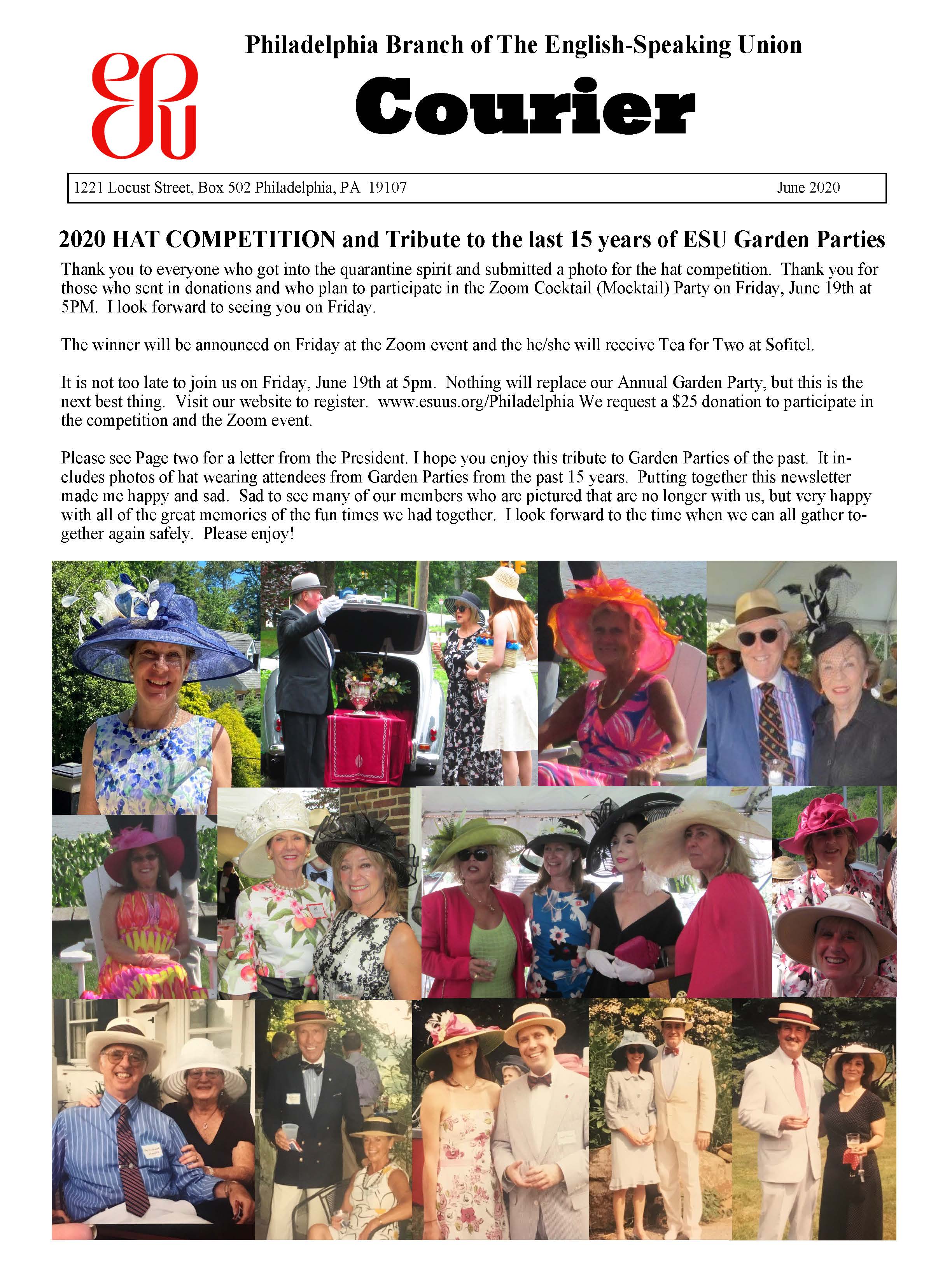