All members are invited to a warm and elegant celebration on Saturday, 4 January 2014 from 4.00 to 6.00 p.m. at the home of one of our members in Princeton. Invitations will be sent out to all members with the directions well prior to the party date. Rest assured that there will be an excellent spread and wonderful drinks for all to enjoy!

How We Ended Up Speaking English (and not another language!) 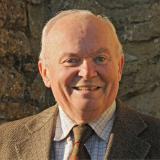 Romans, Celts, Anglo-Saxons, Norsemen and French have all ruled Great Britain. Why is it then that we don't speak Latin or Danish? On Sunday, September 15th, 2013, Ross Harvey, a director of Harvey's Literary Tours in southwest England will answer this provocative question.

Nibbles and More at The Ship Inn, Milford

Join us for British food, craft-brewed ales, a reading by Diana Crane, and a pub quiz. We will be meeting at The Ship Inn Restaurant and Brewery, 61 Bridge Street, Milford, NJ 08848 on Sunday, October 13th, 2013 at 3.00 p.m. Nearer the date our Secretary will ask whether some members would be interested in car pooling. We hope that there will be lovely Fall colors to view on the drive to the Ship Inn which will add to our enjoyment!

Why does Shakespeare Fascinate Us?

On Sunday, November 10th, 2013, veteran high school teacher Mary Elizabeth Gray will talk about the life of Shakespeare, the men who have been proposed as authors of his plays, and a few of his most famous works. After Ms. Gray's short talk, our two British Universities Summer School Scholars, Christopher Cull from Lawrenceville School and Dana Day from Stuart Country Day School will entertain us with their experiences at the Globe Theatre in London and will also introduce us to some special and amusing acting exercises that are used to share the power of Shakespeare's words. This will also be an opportunity for other teachers in the area to learn about this next year's scholarships. The meeting will be held at the Kirby Arts Center of Lawrenceville School at 3.00 p.m. and will be followed by light refreshments.

The Branch has had a number of speakers on England, Ireland and Scotland but we have never focused on Wales! Now is your chance to learn about the tradition of Cymanfa Ganu, which are festivals of Welsh hymns sung in four parts. Choral Director Jim Moyer will be our speaker at The Kirby Arts Center, Lawrenceville School at 3.00 p.m. on Sunday, January 26, 2014. Jim has been a church musician since 1980 and is also a Choral Director at the high school level.

Come for the food, fellowship and film! Date, place and time to be determined.

Also of interest to ESU members

November 18th, 2013. Kevin Kline presents a one-man show, Shakespeare: One Man in His time at the McCarter Theater.

April 6th, 2014. This England, a concert of works by Vaughan Williams, Bax, Britten and Elgar played by the Richardson Chamber Players, will be presented at Richardson Auditorium on the Princeton University Campus.

What has your branch been up to over the past few months? I thought it would be useful to recap and to advise of events to come, as we all are bombarded with e-mails and access to websites.