Congratulations to the 2019 ESU Princeton branch Shakespeare competition winner, Katrina Edwards, from Haddonfield High School, and her teacher, Kimberly Dickstein. Katrina was a finalist in the 2019 National Shakespeare Competition in New York City. 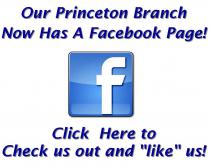 A Message from the Princeton Branch President

For those of us who are tired of being cooped up at home, members will show their photographs of some of Great Britain's most beautiful spots and comment on them.  Join us for a virtual vacation!

10/11 – Brexit: The Saga Continues by Kim Lane Sheppele of the School of Public and International Affairs at Princeton University

The UK has left the EU, but many details of the split have yet to be worked out.  Can the negotiators do so before January 1st and thus avoid a hard Brexit?

11/8 – The Gunpowder Plot by Alastair Bellany of Rutgers University

Perhaps you associate November 5th with bonfires and Guy Fawkes, but do you know why?

Enjoy the holiday season by learning about one of its most cherished traditions.

Celebrate the birthday of Scotland's favorite son.  We'll have music, poetry, and maybe even a haggis….

Tour the Delaware Art Museum's extensive (and gorgeous) collection of Pre-Raphaelite paintings in the comfort of your own home!

Break out the Pimms and imagine the thwack of leather on willow. Local cricket-enthusiast Vineet Anand will talk about the ever-popular sport of cricket.

The annual E-SU National Shakespeare Competition is an event designed to encourage high school students across the country to develop their communication skills and an appreciation for the power of language and literature.  Teachers are supported in holding local competitions for students grades 9 – 12, during the fall.  The winner of each competition then proceeds to an E-SU sponsored Branch Competition in February.  The winner of the Branch Competition then advances to the E-SU National Competition in New York City in April.  The national winner is awarded an all expenses paid trip to London and the opportunity to study Shakespeare at the Globe Theatre in London.  The E-SU Princeton Branch will be holding it's competition on Sunday, February 23th, 2020 and the public is welcome to attend.  Each student recites one Monologue and one Sonnet.

LOCATION:  The Kirby Arts Center at The Lawrenceville School

Light refreshments will follow the competition.  Free to the public.

Early in World War II, John Lennon was born into a family fraught with dysfunction and conflict. He was raised in a Liverpool suburb by an aunt while his mother lived nearby with a man not her husband and two young daughters. Tensions between the aunt and her sister, John's mother, weighed heavily on John. Music offered young Lennon a lifeline and also became a source of conflict. His songs often reflect elegiac longing for childhood, feelings of emptiness, fears of abandonment, and a tendency to self criticism. Lennon overcame great odds to forge a musical career and found the band that became the Beatles. This talk explores Lennon's early years, featuring songs that helped invest his life with meaning even as they returned him to his troubled past.

David Venturo is professor of English at The College of New Jersey, where his interests include Shakespeare; English literature, 1650-1850; and the Beatles and modern popular culture.

Light refreshments will follow the competition. Free to the public.

Professor Kim Lane Scheppele is the Laurance S. Rockefeller Professor of Sociology and International Affairs at the Woodrow Wilson School and the University Center for Human Values at Princeton University. She was Director of the Program in Law and Public Affairs at Princeton from 2005 – 2015. She also remains on the faculty at the University of Pennsylvania Law School. Books include: Guardian of the Constitution: Constitutional Court Presidents and the Struggle for the Rule of Law in Post-Soviet Europe and We are all Post-9/11 Now [both published in 2006]. This presentation will focus on Britain in a post-Brexit world.

Refreshments will follow the presentation. Please bring your friends!

Michael Robertson received the B.A. from Stanford, the M.A. from Columbia, and the Ph.D. from Princeton. His research and teaching interests are in 19th-century
American and British literature. The recipient of two National Endowment for the Humanities fellowships, he is the author, most recently, of The Last Utopians: Four Late
Nineteenth-Century Visionaries and Their Legacy (Princeton UP, 2018). His book Worshipping Walt: The Whitman Disciples (Princeton UP, 2008) was named a New
Jersey Council for the Humanities Honor Book, and Stephen Crane, Journalism, and the Making of Modern American Literature (Columbia UP, 1997) received the Frank Luther Mott Award for the year's best book in journalism and mass communication. He
is co-editor with TCNJ colleague David Blake of Walt Whitman, Where the Future Becomes Present (U of Iowa P, 2008). He has been a Visiting Fellow in the
Departments of English and Religion at Princeton University, and during the 2018-19 academic year he is an Honorary Research Fellow at Birkbeck College, University of London. His current book project is a biography of William Morris, the 19th -century English writer, artist, and socialist.

Refreshments to be served after the presentation. Please bring your friends!

Read what our 2017 Scholars thought of their programmes!

Lauren Flaherty from Nottingham High School in Hamilton, NJ who went to the University of Edinbuurgh and;

The Education Committee is accepting applications for Teachers Learning Abroad-UK scholarships for the summer of 2018. Click here for further information on the Program page.