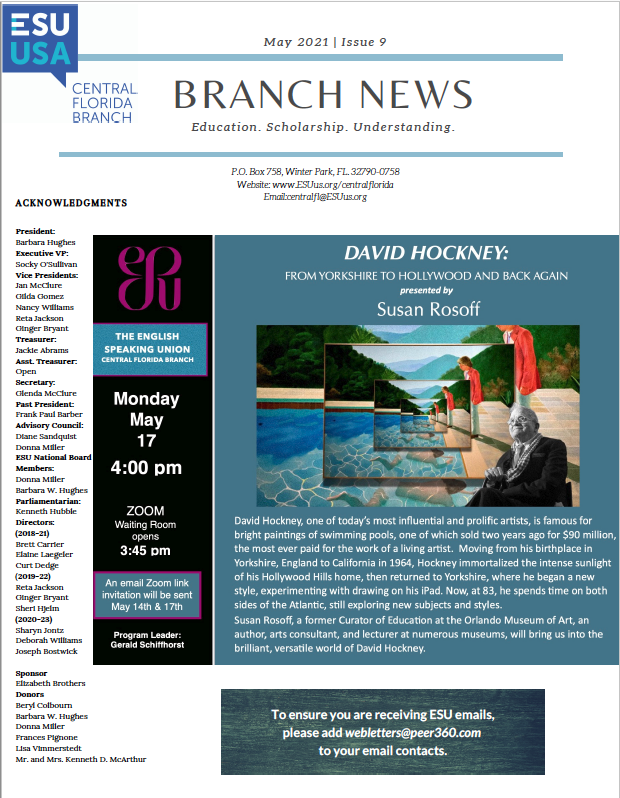 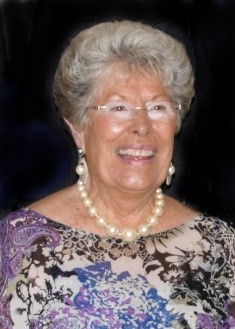 As we all face a situation unlike any other in our generation, one thing has been proven without a doubt: we must stay connected and actively engaged with the topics and activities that we love. Here at the Central Florida English-Speaking Union, we are attempting to provide our members with the brain stimulation to delight you through monotonously masked days! Why not take a didactic journey through the south discussing its architecture or listen to our upcoming speaker, Jan Clanton, discuss the scandal behind the well-known portrait of Madame X and the man who painted it? All of this is available from the comfort of your home through the beauty of technology.

Both National and local Central Florida English-Speaking Union previously recorded lectures are available through the links below: 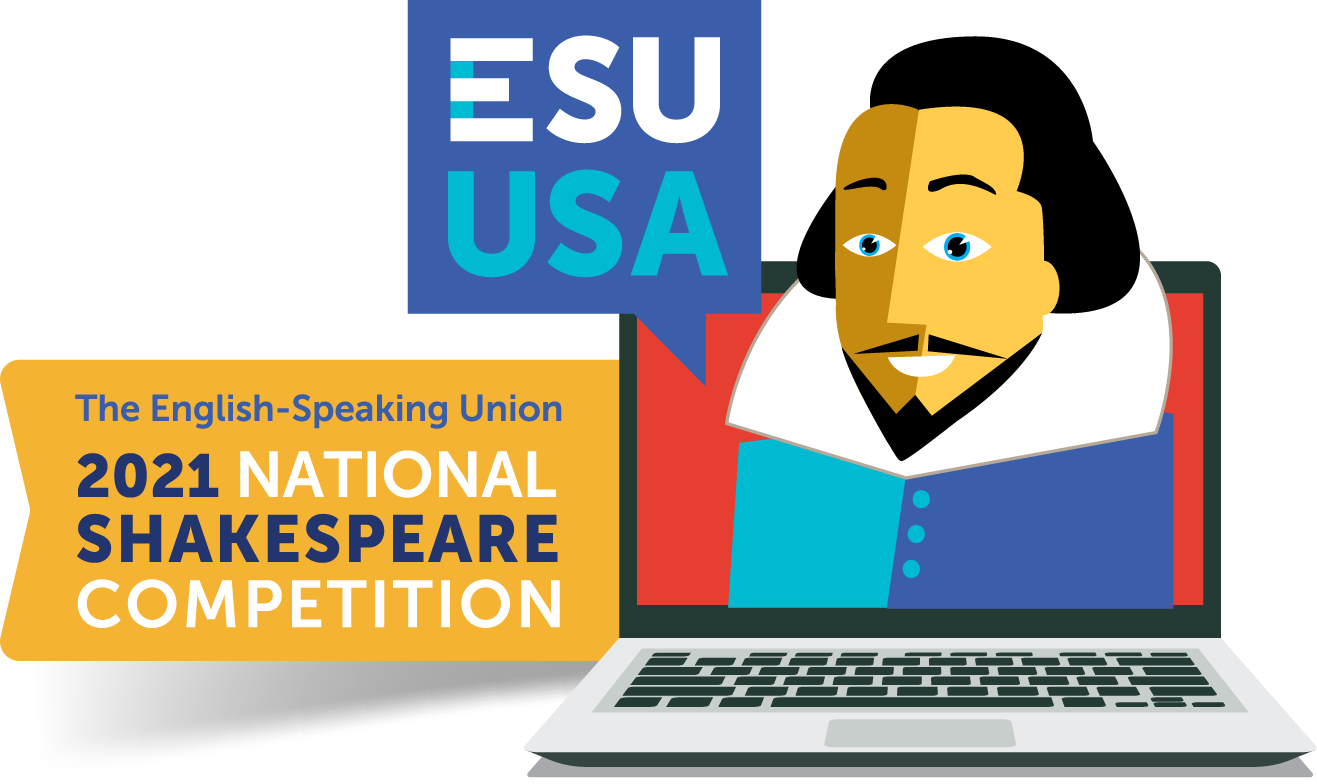 On February 22, the Annual ESU Shakespeare Competition arrived in a whole new format, one which arrived in the inboxes of all members via email. For the first time ever, the Central Florida Branch of the ESU held a virtual competition that was open to students in the tri-county area, inviting participants from Orange, Seminole, and Osceola counties. Also new this year was the For the Love of the Bard Award. This award will be given annually to a student who exhibits determination, grit, fortitude, and a true passion for Shakespeare's works. This year's inaugural recipient is Kristina M. Williams of Avalon Private School. The second award that is new to the competition this year is the Richard Burbage Award. Named after one of the most famous actors at The Globe Theatre, this award celebrates the work and dedication of teacher sponsors who have managed year after year to keep their students engaged, their involvement in our competition ongoing, and our audiences enriched. The 2021 recipient of the Richard Burbage Award is long-standing sponsor Robert Carr. Both award winners will receive a check for $100.00.
Our Third Place contestant for the 2021 Shakespeare competition is Jalise Martinez of Poinciana High School. Her faculty sponsor is James Thompson. In Second Place is Eislinn Gracen. Supported by her teacher sponsor, Sarah Porter, Eislinn represents West Orange High School. Advancing to the National round of competition is First Place winner, Christian Walker, for his portrayal of Hamlet. Lisa Hines of The Geneva School is Christian's faculty sponsor. First, Second, and Third Place rankings were awarded $1,000.00, $500.00, and $250.00 respectively.

Read the full story for a complete listing of the first six speakers in the program! 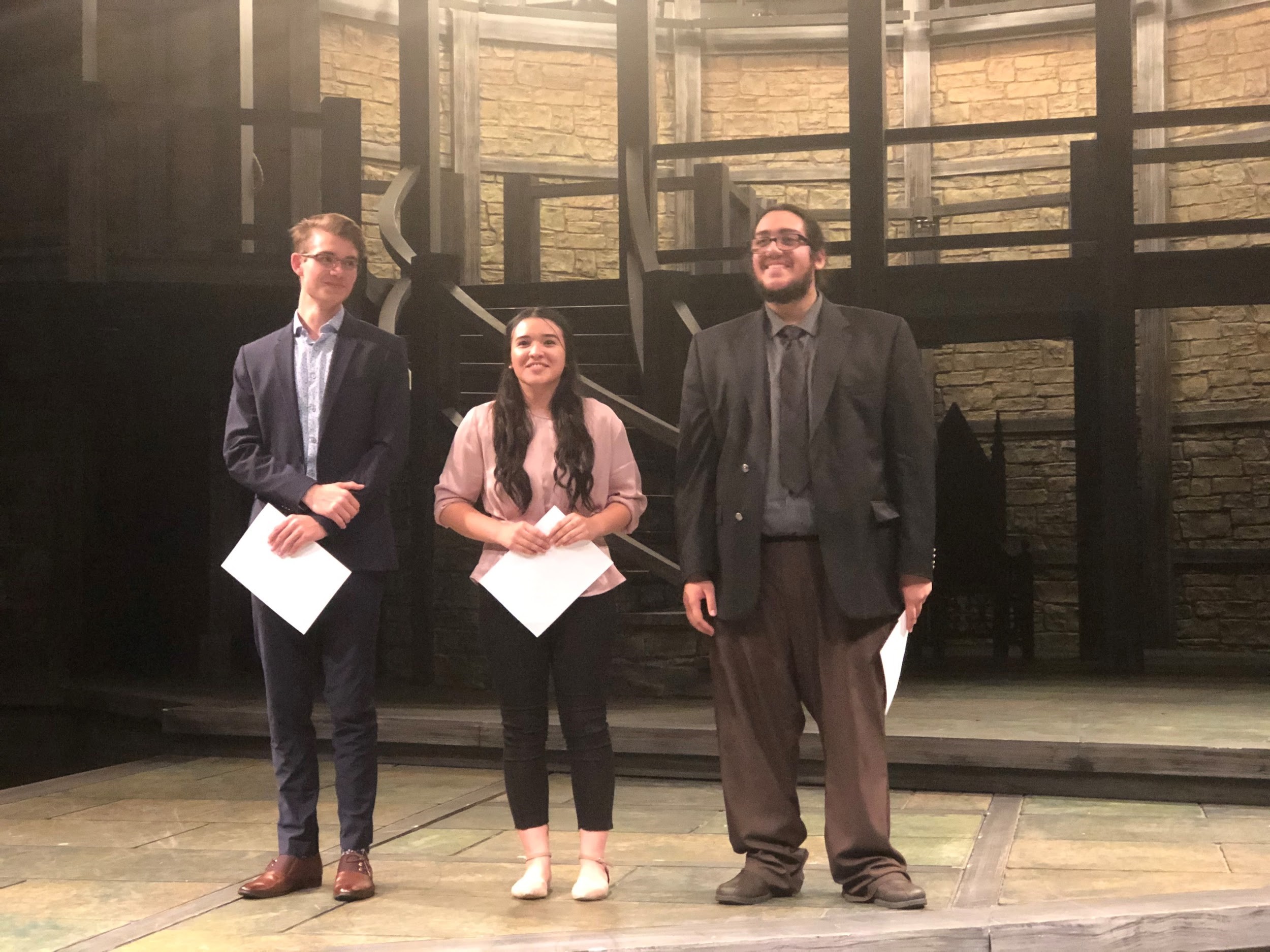